9.24 version getting message from MS Edge that file may be harmful, won’t complete download

Thank you for reporting this. I have not tried using Edge, but I do know the other major browsers do not have issue completing the download. Did you try a different browser?

I do see that Edge is starting to grow its market share in the US, so we will look into what you are reporting.

“Microsoft’s Edge browser had a U.S. market share of 11.16 percent. Edge was first publicly released in July 2015, with the consumer release of Windows 10.”

“Chrome and Firefox have established strong market positions with about 41.5 and 25 percent, respectively.”

"Chrome has over the past decade overtaken IE and Firefox to become the most widely used internet browser (desktop, tablet and console) in Europe. It’s market share passed 60 percent in 2020.

Chrome has over the past decade overtaken IE and Firefox to become the most widely used internet browser (desktop, tablet and console) in Europe.

Chrome had no problem. I also use Avast Premium for virus protection.
Win10 64 bit

Click on the error in Edge and you will see this

I am not sure why you are receiving this message. Here is what I see: 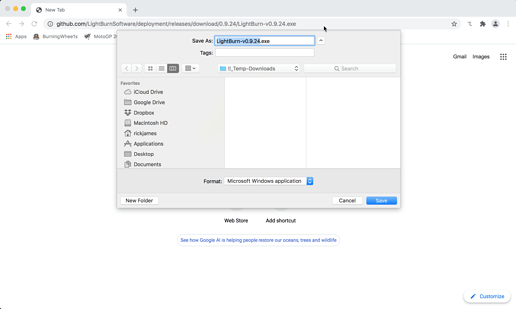 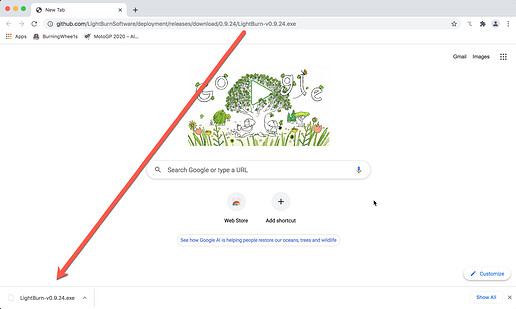 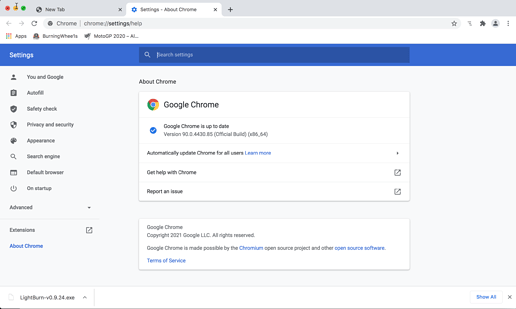 Downloaded v0.9.24 just a couple of hours ago using Chrome on Ubuntu without a problem. Maybe you are using some virus protection software that’s getting the wrong idea about how good LightBurn is.

Error with FireFox on Win10

There have been some changes as we are moving our HQ. This should be resolved likely by the next release. The file is safe. At this point, just click the “keep it anyway” (right click, or ‘…’ button) and then run it.

Do let us know how you get on. Please accept our apology for any inconvenience this may cause.

I was able to download on another computer and transfer with a stick. Was happy to see Cooper Black in the font list - I didn’t see it in the earlier version. Up and running now. Thanks all!

Glad to hear you are sorted.