I have a weird one here. I have an 20 month old omtech 100 watt red and black. actually have a second one on the way. The machine originally came from the factory with the pwm rising setting set incorrectly. I would loose x axis steps over long files.

In the past several months I have had several occurrences where I loose x axis steps again and i have to reverse the settings. Not like its forgetting i changed the setting, but i have to switch it back and forth to keep it from loosing steps.

Does anyone have any ideas whats going on?

I previously had a thread wrongfully saying that it happened when ever i updated light burn but that was a coincidence. I stopped updating and the problem continued

This sounds more like slightly too much speed or acceleration causing the axis to lose an occasional step depending on the sequence of motions within a file. If the value is just slightly wrong, the errors will be frustratingly intermittent.

Set the PWM edge to whatever the correct value should be, then cut the maximum speed and acceleration settings for the X axis by two. This won’t have much effect on the overall job time, but will reduce the torque required to move the laser head and should eliminate the missing steps.

It’s also worthwhile to check all the usual suspects: loose screws, crud on the linear slides, drag chain snags, and stuff like that. The axes should move smoothly by hand (with the power off) across their full range of motion.

Everything is clean and free moving. I go through the machines first of every month for maint and cleaning.

I have around 200 products I make and sell of the laser so I run the same files repetitively.

It’s only really notice or on items that are engraved then cut out. I use my entire surface area which is 24x28 ish. I’ll engrave 40-50 items. Then go back and cut them out and the cut path will be off relative to the engraving.

Last night was running a path with a bunch of crossses with hash marked engraved and there were areas it did not finish the engraving in a single item before moving to the next. When it did return the engraving was not aligned.

I resent my saved machine configuration file to the machine and tried the same file again. Did the same thing. I then changed the pmw rising value for z axis and resend it and the problem is gone. I always save my machine settings as a back up after sending them.

This normally last a couple weeks then the problem returns and I have to change the setting back.

You’re a better man than I!

When it did return the engraving was not aligned

That suggests the travel (non-cutting) speed is too high.

Reduce the X axis maximum speed by a factor of two, which will have no effect on either engravings or cuts because they both run slower than that. If it still happens, drop by another factor of two.

When the speed is slightly too high, the machine will only miss steps under seemingly random conditions, because the right (well, wrong) conditions depend on the speed of the current motion, the speed of previous motion, and their directions. And, of course, things like room temperature affecting grease viscosity. [sigh]

Verifying the fix can take months of painstaking tests, because the effects will be subtle: it will lose steps not at all, rather than very rarely.

Changing the Z axis will not affect X or Y axis motions. I assume you hit Z instead of X; I hate it when my pinkie does that!

I’ll give the speed setting change a try.

I have to keep my machines in shape. Currently have no backup until I get the second one. We don’t keep track of inventory as far as what we have vs total listed quantities across multiple selling channels. So we have to basically shut down our stores if I have a machine problem.

So first Sunday of every month the lasers get gone through. Every other Month I take the fans apart and clean them and I take the bed off and clean it.

Second Sunday is for my cnc router.

3rd Sunday is for my equipment in my full wood shop.

4th Sunday is for drinking beer

shut down our stores if I have a machine problem

Aye, and it’s when rather than if.

As far as I can tell, consumer-grade lasers arrive with settings intended to match their promotional bullet item claims, rather than to ensure proper operation in the long term. A new machine may have once worked with those settings under optimal conditions, but normal wear-n-tear simply isn’t taken into account.

Knocking the peak speed (and perhaps acceleration) down gives the machine more headroom for normal use, no matter what optimistic values made sense back when they were selling it.

Something else to consider: judging from recent messages around here, CO₂ laser power supplies seem to be consumable items with unpredictable lead times. I had one fail just inside the six month warranty and now have a spare sitting on the shelf ready for use. For a relatively small investment, a backup supply might make sense for your shop.

I am on my 3rd tube. 2 failed under warranty shortly after installing. 3rd failed when my wife turned the chiller off thinking I was done for the day while I was in the restroom. I found out the hardest that the factory water sensor is junk.

I had a power supply fail first week of December. Took a week and a half to get from. Cloudray.

I now have spare lenses And mirrors and also have cloudray water flow sensors. I keep a spare air assist solenoid also. I have a single button that is pushed that turns a relay on the in turn turns on my chiller, laser, and exhaust and intake fans. As well as has a visual and audio alarm if my air supply drops below 50 psi. It’s setup to add a second laser very easily.

I am purchasing an identical laser to mine made 1 month prior to June from my father as he doesn’t use it much. It will get out next to mine and get all the same upgrades. When the tube goes I’ll put the same reci tube in it. Plus I’ll continue to have spares. Power supply will be on that list even with a complete spare machine.

I need the other machine to make my days shorter but the redundancy is a huge plus. Especially when we missed out on basically all of December in sales.

the factory water sensor is junk

Thanks for the tip: that’s not something I’d have thought possible to screw up. Today. I. Learned.

visual and audio alarm if my air supply drops

Is she deaf and blind or is your chiller somewhere else?

Is there some reason you don’t have your chiller wired to your lasers controller directly so this can’t happen…?

There are other bennifits from letting your controller handle this.

I think all the 5000 series have a connection that shows a failure of the coolant. 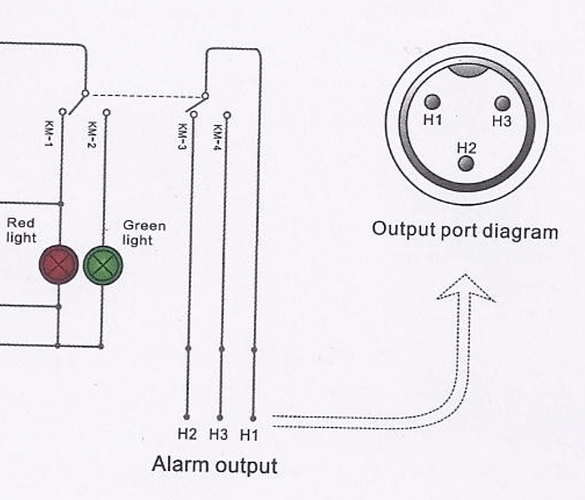 You’ve gone through enough tubes … have you checked your current setting within the lps?

I’ve read about all of the lps failures, so I have a voltmeter for the hv on my console, I can at least watch it…

not something I’d have thought possible to screw up

If you’re referring to machines like ours, I think they are just cheap… if we paid 10 times what we paid for them, built to US/EU/AU standards I doubt we’d have so many failures. Of course none of us could afford to have one.

None of my tube failures have been from over powering. My max amperage is 28Milliamps on a w4 tube. I cut at 26 milliamps.

3d was overheating due to no chiller.

I didn’t know the chillers could be wired to the controller. My laser and chiller were in the basement. I went to the restroom. She was leaving her craft room and turned the chiller off because the laser was off. I came back down stairs turned the laser back on and hit start and walked away to pack up an order 10 ft a way. Only took 3 minutes of cutting before it gave out.

Currently chiller is on a wall 7 ft off the ground behind the lase. She can’t get to it. Ive slowly added or improved safety’s to make it were she basically can’t mess anything up and run it while I’m at work.

didn’t know the chillers could be wired to the controller

It’s much wiser to connect the chiller error out to the Ruida controller.

If the coolant fails, like yours did and it was connected to the controller the Ruida would not let the lps fire and would maintain all information for you to turn the chiller back on and do a ‘continue’.

If it’s not wired to the controller, when it fails all is lost as the ‘brains’ (Ruida) don’t know it’s broken.

We can help you out with this…

I fully understand how to compute my max milliamps. I just went through this when I replaced my power supply.

My issue with connecting the chiller to the controller is it sounds like you disagree a flow sensor on th me laser. I much prefer the cloudray flow sensor. It is very sensitive compared to the chillers. Plus I have redundancy.

If your happy, I’m happy…

I paid about 500 bucks for my chiller and it’s ‘brain’ maintains circulation, detects high/low temperatures and a few other odds and ends.

The Ruida is designed to handle a coolant flow error from external devices. I think it’s smart to let the brains handle the errors.

Seems natural to set the up they way they were designed.

Again, if you’re happy, I’m right behind you…