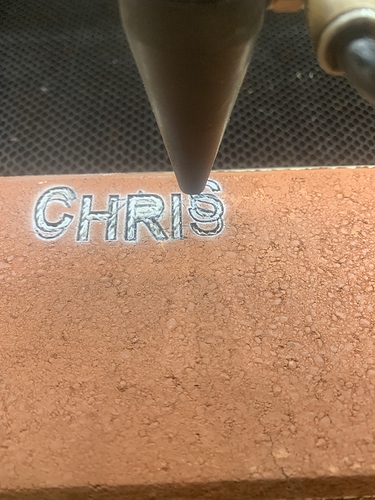 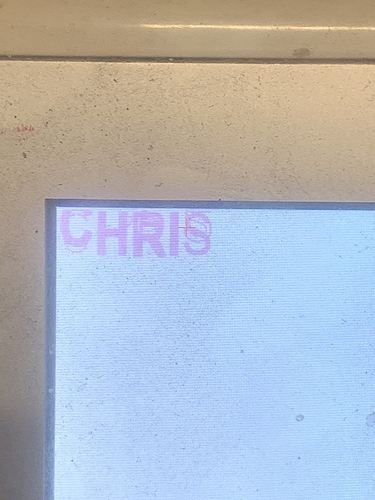 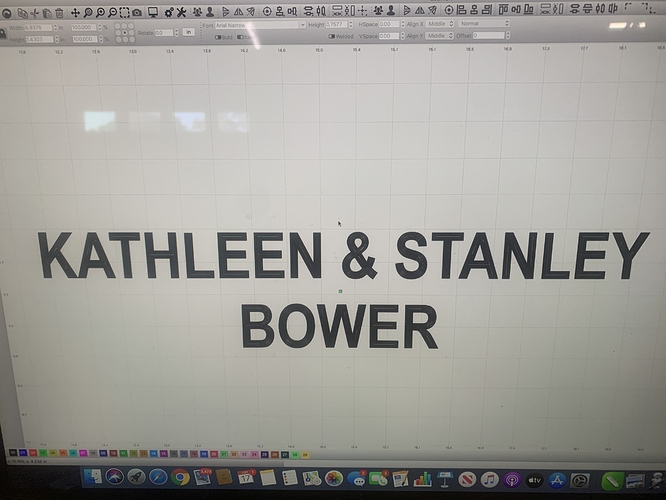 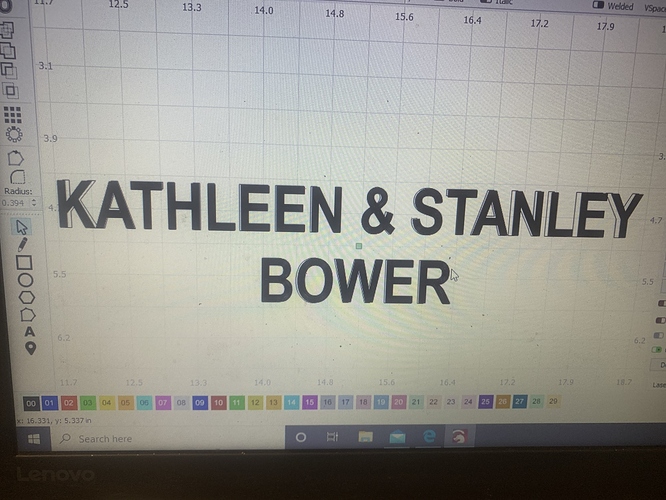 I have been engraving bricks, created text in lb on my iMac and the files messed up as seen. When talking to tech support at Ap lazer they had me run rdworks same issue ( exported as dxf). Same issue machine went and messed up engraving. I sent tech support my lb file and on the pc version a extra line offset appears and isn’t the same font… any ideas? Version 0.9.14

Which controller is in your laser? If you are willing, please post the file and we can take a look.

If you are saving a file on the Mac, and loading it on the PC, the two operating systems may render fonts slightly differently. If you are moving files between different OS’s, convert text to paths to make sure that they translate exactly.

I wish i could load file but it is telling me new users can’t, i am using a ruida controller on an ap 4836. Converting to path solved the issue between pc and imac, still trying to figureout why the engraving goes crazy on the brick though ( 5 brick so far ) but had the longest run of bricks processed before kids went to bed of 8 bricks ( compressor to loud as i am running 45psi to limit white on the engraving)

I updated your user profile, so you should be able to upload now.

12BRICK.lbrn (2.9 MB) this is on of the files that the laser went wonky on. when i send it to the pc from mac and delete the odd outline that shows i didnt have problems running the file or the 8 files after. max running from imac was 3 files before it would engrave wrong

How are you connected to the laser with the Mac?

Usb cable to the laser

That could be a problem then when connecting to a Ruida. There’s a well known conflict between the USB driver used by the chip in the Ruida and the one that ships with MacOS to handle “usb serial ports”. If you can use a network cable to connect you should, but if that’s not an option the driver issue can be fixed too.

How do I connect a Ruida controller with Ethernet? FAQ

Setting up a Ruida controller to connect via Ethernet isn’t hard, but it’s not quite as simple as just plugging it in. Follow these steps: 1) Get the IP Address of your computer: For Windows: Open a command prompt (click the Start button, type CMD, and hit enter). Type IPCONFIG and press enter. You’ll see something like this: [image] The one labeled ‘IPv4 Address’ is the interesting part - this is the network address of your computer on your local network. The first 3 groups of numbers …

I saw these where all older OS X versions does it apply to the newest too?

I believe so, yes.

It will show you the connection status of any USB device 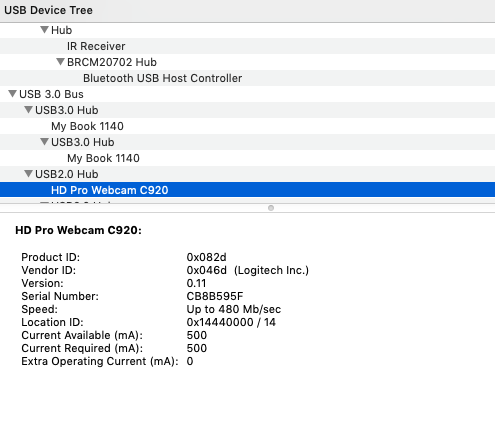 If you don’t see it, you don’t have a valid driver loaded.

(I connect via Ethernet, so don’t ‘see’ it there either).