Controlling air solenoid from the Ortur board?

I want to install an air solenoid and control it through Lightburn - through Ortur laser board - I see that Lightburn has an “Air Assist” switch, but where do I wire my solenoid to on the Ortur board? anyone know?

Hi, just a quick question and don’t be offended, but, how are you with some pretty straight forward electrical work, not even electronics.

I ask because if you feel confident it’s a pretty short job to rig something.

I do not have your control board layout so if you could find and send it, to make sure it’s exactly yours, I’ll happily take a look.

At worst we can get something that delivers only when the laser is firing, at best your board will have an available pin to connect to that reflects ‘Status’ job in progress, job stopped.

Hi Gary - and thanks - no offense taken at all! Sad you have to preface your help with that but I understand LOL these are the times we live in!

The control board is the Ortur Laser Master 2 - I can’t find a schematic yet so far - just a quick search, but I’ll keep digging

but I’m open to any ideas! Thanks!

The control board is the Ortur Laser Master 2

Aren’t there two versions of this control board (the original 8 bit and now a 32 bit version)?

Which version you have probably matters in this case.

it should be the 32bit version 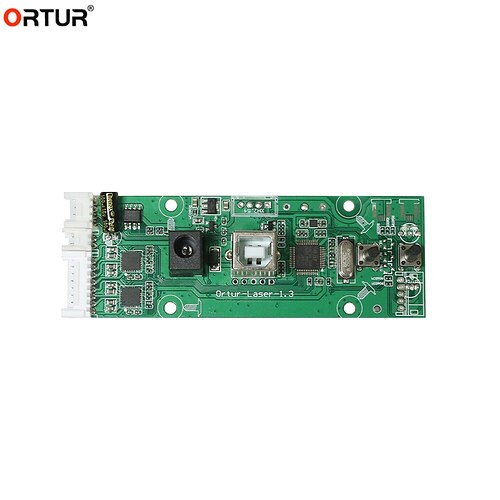 Cool, then there’s the possibility to rig up one of two options I was playing with as ideas after reading posts from people wanting something similar.

Using an Arduino, well an ATtiny 85 would do the job to sense the laser firing from the actual feed to the laser module to an external interrupt pin on a micro controller. That would energize a relay or via an opto coupler drive your pump. A delay can be included to take the pump on ten seconds or so past the last firing. It would not give you reduced air assist without more tinkering.

Share the feed to the laser to a relay which in turn activates your pump.

A circuit diagram and schematic would help us with utilizing the command sent by LightBurn to control things IF the maker has assigned anything to output that in their firmware/ hardware.

I have actually just completer a turn off delay unit to leave my air assist on after the job ends. I used an ESP8266 but will migrate it to an ATtiny 85. There’s an OLED which is used to show the selected time from 5 seconds to 10 mins and a potentiometer to do the value changing.

I already have a 12v air valve, and I think your idea of using the ATtiny to drive that might be the best idea - but I’m afraid trying to pull off the ttl that’s firing the laser might make it turn on and off too much

but right now I’m struggling with Lightburn or the Ortur or the computer resetting the USB or something and the job just stops! I adjusted the power settings for the USB and it still randomly does it - not looking for answers for THAT here - still reading on that one - I’m sure people have solved that already LOL

Thanks for the ideas!

USB interfaces really don’t do very well when there is an electrical connection to any other ‘ground’ through the USB electrical interface. Typically you’ll want to provide some electrical isolation, like opto isolator or, in the extreme, through a USB isolator. Most simple electronics are not an issue because the only ‘return’ is through an isolated power brick. But, as soon as you start hanging other electronics off of a USB connected device, you can run into intermittent or, worse, permanent signal corruption.