Seeing some weirdness on DXF import, relating to splines. They’re geting a bunch of extra linework added along the paths, which is affecting cut time and quality. Screenshot below shows a segment of the same file - black layer is the direct DXF import, red layer is the same file that was opened in Illustrator and saved as an AI. Illustrator did not show the same defects in the linework when opening the DXF. 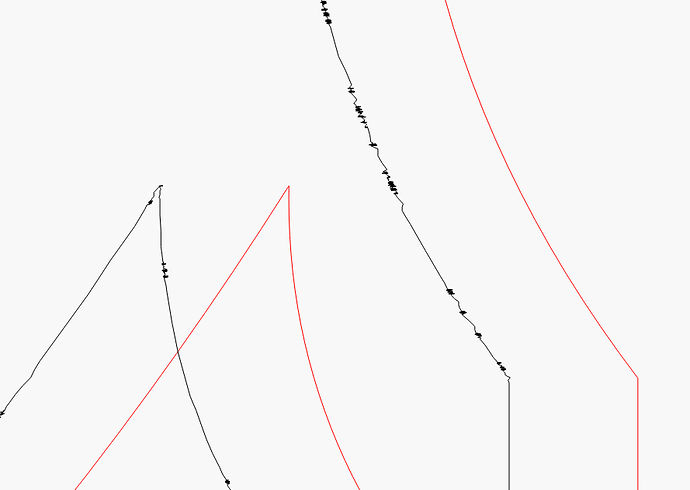 This isn’t an issue with polylines/arcs in the file, and seems to stay there regardless of which version/year the DXF is saved out to.

When Lightburn imports DXF splines, it approximates them with short line segments. I would have to look at the DXF file, but I couldn’t replicate what you are seeing.

Please post this file for review. If you want to keep this file private, you can email this file directly to us, include a link to this post for context, support@lightburnsoftware.com and we can take a look.

Make sure the lines are fully exploded.

If you make the drawing in Autocad for example, select the whole thing and Explode (ungroup kind of)

@LazerArt Thanks for the suggestion Neil, but that doesn’t resolve the issue in this case.

Just to close this thread off - LB support worked out that the geometry in the file supplied to us was drawn 162 metres away from the origin. This had the effect of making all the numbers for the calculations too big and glitching the import.

Moving the geometry back closer to the origin and importing the file again resolved the issue.