Hey everyone…just got the new and fancy setup built from LO. This is an existing AWC608 computer on a new PR650 stage with a fresh SPT 45W tube.

But I’m having a few issues I didn’t have on previous laser builds. I suspect something is wonky with my X-Axis since the engraving is really out of whack, but also when I cut anything with a circle it’s also a bit weird and misshapen.

Upped/changed current to the motors.
Ruled out the step setting (uM) is the issue since I can drastically move it around and the issue stays.
Calibrated to within much less than a mm.
Loosened belts to make sure they weren’t too tight.
Alignment is pretty centered within the 5mm nozzle hole.
It seems to cut anything square, exactly to size.
If I cut rounds, then it won’t finish where it starts.

I’ve attached photos of the settings of my machine, of the X & Y axis and the image of the engraving/cutting issues. 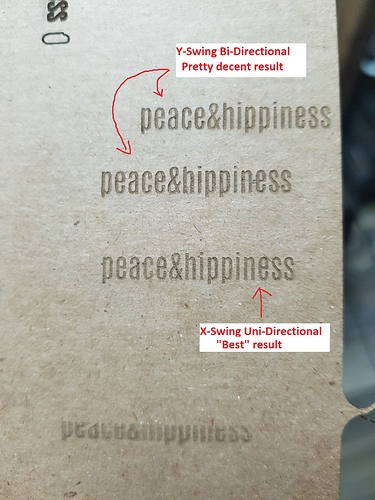 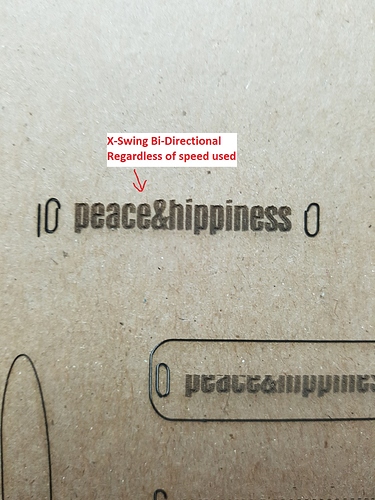 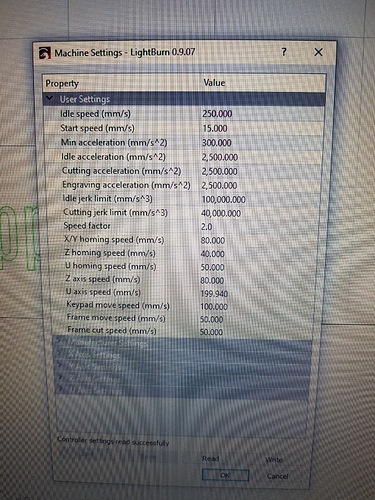 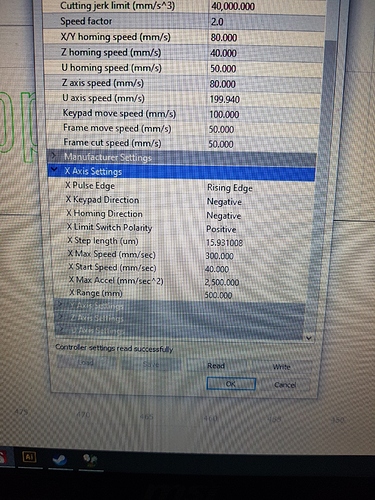 Ok so a bit of an update. While I did find something wrong with my belt (it had twisted inside the tube), that wasn’t the issue.

I spread out the scan gap to see what was happening and it’s not that I’m missing steps as much as it being off-set.

What would cause a consistent off-set step? This can’t be mechanical, it’s every “back swing”. Can you have a bad connection to one half of the coils in your stepper? It cuts squares perfect.

The head passes over the place it’s meant to fire at, but by the time the fire command get activated, you’re a couple of mm past that point.

Not an AWC guy, so can’t tell you what the parameters are.

to prove that, switch off bidirectional fill and it should all straighten up. 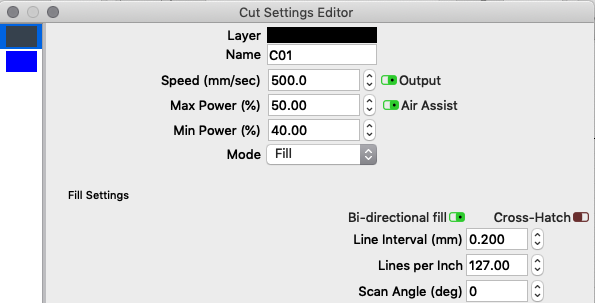 Thanks for the thought. The top one is non-bidirectional which makes sense.

I’ve had the same thought, that it might be the sync but the speed is so slow, I don’t know that it’s the same issue since I can’t cut anything circular properly (see the picture higher up with the weird oval).

There might be something to the rising edge/falling edge thing. I’m going to investigate further on that front. If I have time, I’ll hook up the 'scope to it and see what it shows.