Used the Lightburn demo. Started with version 0.9.02. Then gradually updated to the most recent version 0.9.09. Everything worked well. Then I bought a license for the GRBL controller. Launched a vector image for engraving and cutting. What happened can be seen in the picture. 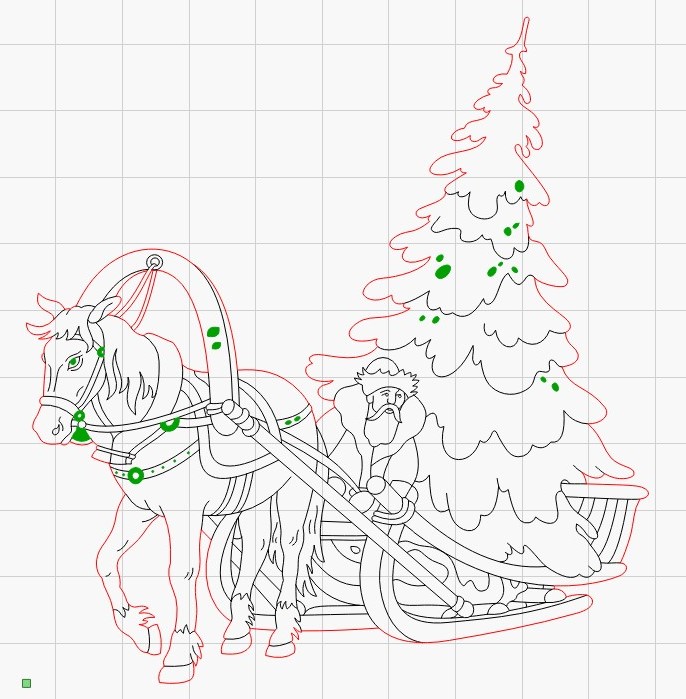 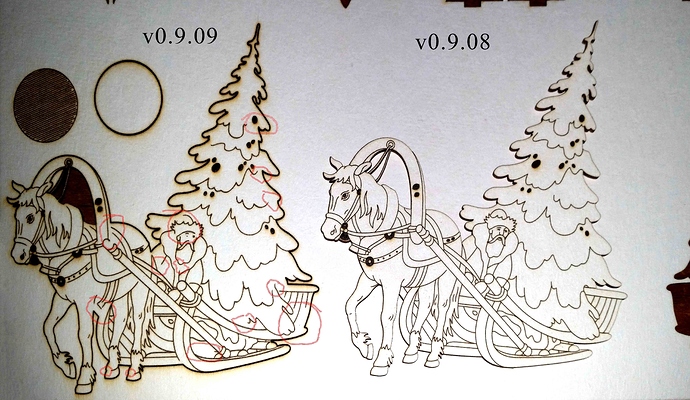 This is not the same as the original, as not all lines are burned (marked in red), but the preview shows everything correctly. Installed version 0.9.08. Launched the same file, everything turned out as it should. I think this is a problem in version 0.9.09. What do you (Lightburn developers) have to say about this? (My GRBL 1.1F controller with M4 support).

Save the GCode output from both versions of the app and send the saved files to developer at lightburnsoftware dot com, along with the lbrn file and a link to this thread. My suspicion is that a setting is different in your file that is supported by 09 but not 08, and that’s the difference.

You haven’t shown any layer settings, so it’s impossible to say what’s different just by looking, but at a guess, the red vectors lines are either out of focus or being run with significantly more power now for some reason.

Where version 0.9.09 is specified, there is a small laser defocus. But this is not the main thing. The fact is that some lines are not drawn by the laser to the end. These places are marked with red circles in the picture.

P.S.: The files were sent to the developer’s email.

I’ve looked at the gcode with a text difference tool, and the only thing that shows up as different is the version number comment at the top. The GCode is exactly the same otherwise.

Have you tried re-running the same file again, with the older version, and then the newer one?

Because you’re using a diode to burn on white material, and all the missing lines you show are at the start or end of the cuts where the power would be reduced when slowing down, the fact that the 0.9.09 job is out of focus might be what’s causing the entire problem. If it was focused properly, the lower power at the end points would likely still have enough power to mark the white.