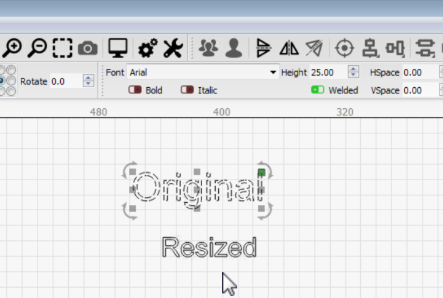 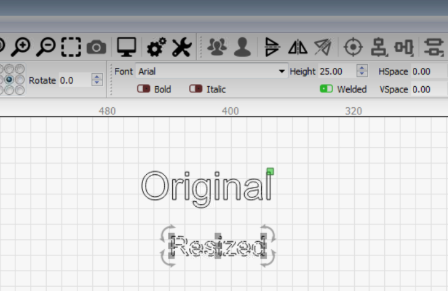 Is this normal? When I want to create text object with same characteristics (font, size…etc) as already created text object I usually click on it with text tool and when I click on blank space, new object get all these settings. If it is a bug, just wanted to report.

In the current public release, yes, it’s normal, but that will be changing in the next one.

LightBurn has what’s called a “transform” that is a combination of position, rotation, scale, and skew, on every object. When you drag-scale, rotate, or move something, you’re affecting the transform that is applied to the object when it’s drawn, not the root object itself. In the upcoming release, when possible, changes made to the transform are pushed back into the base object instead. It should be mostly transparent to everyone, and more intuitive.