How do you get the laser to turn on? Also trying to add limit switch’s

I’m currently trying to set up my laser on my little 2418 CnC mini mill I can run the programs on my machine off of LightBurn but the laser doesn’t come on, now I post 3 pictures one of my set up with the 5500mw China laser, a picture of the GRBL board I have and a picture of the limit switches I’m using which I’ll get to in a minute.

So my question is there a setting with in the LightBurn software that I’m supposed to turn on?

Another question I’m running into is the fact that this laser has 2 sets of inputs though the sales person on eBay says I only need the one, so my question is what’s the other one for

Because all the YouTube videos I see with lasers that looks like mine have both inputs in use, so I did just ask them for a video on this laser and on how to set it up, but them being from China I didn’t know how much they can help me, no offense just the language differences make it harder for both of us to understand what each other is saying. Any help on this would be greatly appreciated!!

Now to the other question is my little China machine that is shown in the picture doesn’t have limit switch’s so I would like to add them which I have a picture of the ones I’m using, not sure if there’s a specific type, because I tried connecting them to the X,Y,&Z axis inputs for limit switches which I have a picture of as you can see, the only thing is none of them work they all have 12 V’s going to them as they should but the only one that goes off when I push the switch is the 5 V input so my question is is there a setting I need to turn on for them to work 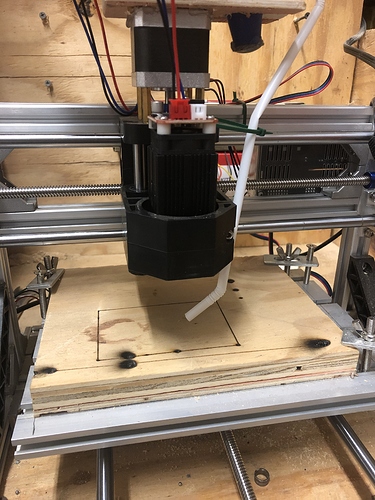 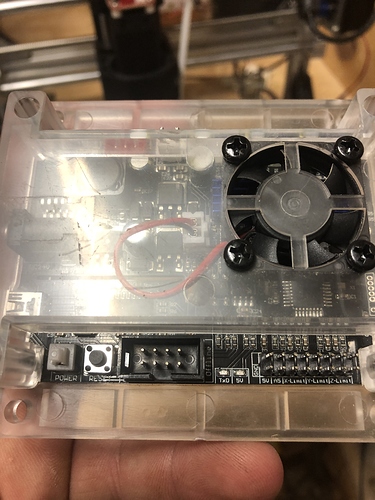 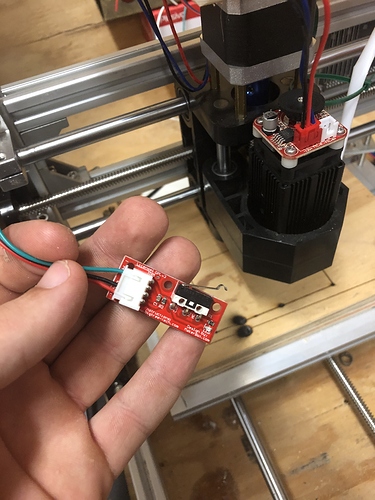 (edited by staff to make readable)

I don’t know anything about the laser, but the switches are switching ground and the voltage is only there for the led. I think you only want to give those 5 volts to not burn out the led. You’ll have to enable the switches and set their configuration in the firmware.

Okay, where would I find that, if you wouldn’t mind explaining or telling me the video I should watch for that, sense I’m completely new to this, thanks for your time and support!!

The firmware is specific to the controller on your mill. You haven’t indicated what controller or firmware your board is running, probably Marlin or smoothie based. I’m sure you’ll find what your looking for if your Google “adding limit switches to…” whatever controller you have.

Ok thanks, I just realized with you pointing that out that I never added the commands to in able limit switch’s or homing, now its connected, the only issue I’m running into is it’s throwing off an error $100<9 with a few other things. It won’t let me rest the Machine to jog the machine lol it just keeps throwing that error code, I guess I need to find a code book for all the errors that the machine can throw, or is there a better way of going about that? Like I said I’m completely new to all this, but am watching a lot of videos, I just find they seem to not have what I’m looking for, but I’m realizing I’m lacking the proper terms to find what I’m looking on YouTube

So again thanks for your time and support!!

I’m running into is it’s throwing off an error $100<9 with a few other things.

With a few other things? You are playing with fire, electronics, and mechanical components here not some esoteric feelings. These “other things” are kinda important. Please post what version of GRBL you have installed and the exact error message and we can try to offer you some assistance and direction.

You should be fimiliar with the information contained here as your journey continues.

An open source, embedded, high performance g-code-parser and CNC milling controller written in optimized C that will run on a straight Arduino - gnea/grbl

. So here’s a picture of the board with the GRBL version it runs, also here’s the error message it’s throwing. Thanks again for your time and support 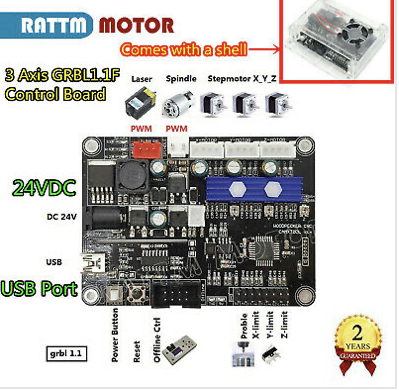 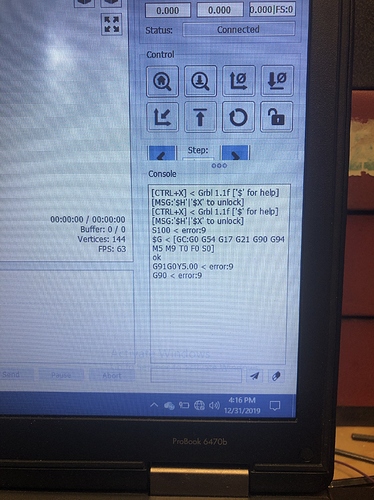 Ok so I did find out is that the laser is turned on with a circle knob here’s a picture of the laser head with its board, can the LightBurn control this laser

or does that mean I’m limited to what I can do? Thanks again 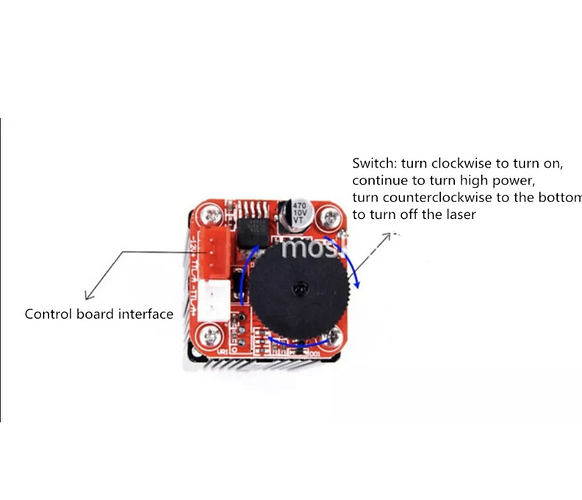 As far as I remember when playing with this kind of laser, LB can control the laser when it is set to off.
I have in mind, but please correct me when I’m wrong, the control knob was in some sort of manual mode, once you apply 12V, you can switch it on/off with it / control the power.

I’m not sure, because I had it connected, but it would never come on, Which is why I asked the question earlier up top how do you turn it on not knowing you had to turn the knob on, now I’m running into a alarm

Do any of y’all know what could possibly be the problem with my LightBurn software keeps getting locked out saying error 9 warning 2 something about it being near line 6, I figured out what error 9 means but can’t figure out what what warning 2 could be and what’s with it being “near line 6” ? I’m very much confused as the machine could be jogged around before when the laser was off but ever sense I turned it on the machine doesn’t recognize when I put in commands, like when I go to rest the machine by typing $X it doesn’t say anything like “ok” or “error” any advice on what I might try? Thanks