I am brand new to diode lasers. I recently attempted engraving some test images I imported from GIMP to Light Burn. My problem is that when I click frame prior to starting the engraving the laser traces the desired area for the job. However, when i actually run the engraving it is about 5/8 of an inch offset from the desired location. Is there a setting to change or something I’m doing wrong?

Are you framing with the laser on?

You can enable the fire button on a diode laser, set the power low ( I use 0.5% ) and hold the shift key and then select Frame to light the powered laser framing feature.

If you’re interested you can upload your image file or your lbrn file to the forum with the up-arrow in the message compose window.

I am framing with the laser on. That was the first trouble shooting step I took after the first failed burn. The two files I had issue will be attached to this post. I have attempted to burn these on 4 inch by 4 inch tiles. I made sure to resize both images to 90mm by 90mm to ensure they would fit on the tiles.

I started the burn process with the origin in the top left corner, and center of the image with the same results. I positioned the laser head and used the “current position” function to assign the origin. After positioning and setting the origin I ran the framing with the laser firing at low power. During the framing the laser did not leave the tiles. However, once I began the engraving I found that the laser shifted the image approximately 5/8 of an inch to the left.
Ortur power Test.lbrn (61.0 KB)
Council Creek Logo.lbrn2 (96.3 KB)

I opened the LightBurn file you shared and it came up as bigger than 90mm x 90mm on my screen… My coordinate system is different from yours so sometimes images are flipped - not a big deal - but the size in mm should have been the same.

I also noticed that the image extends past the X-axis line.
and I couldn’t launch ‘preview’ to look at what’s going on. 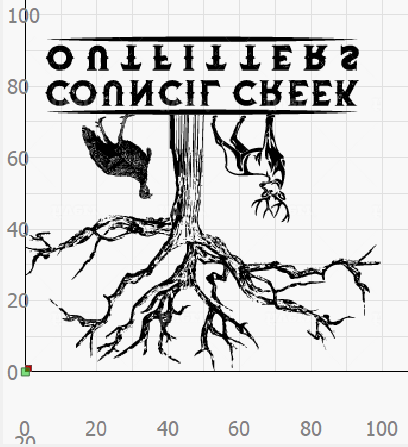 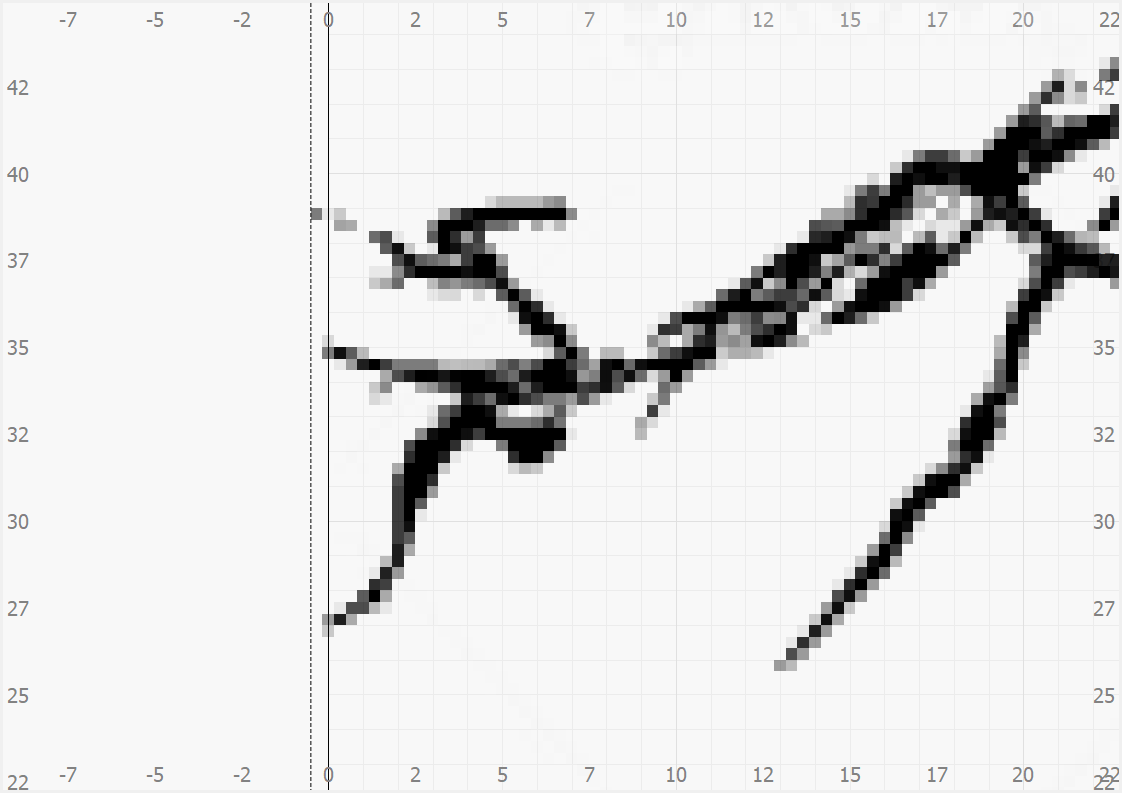 i moved the graphic off the boundary and selected preview. 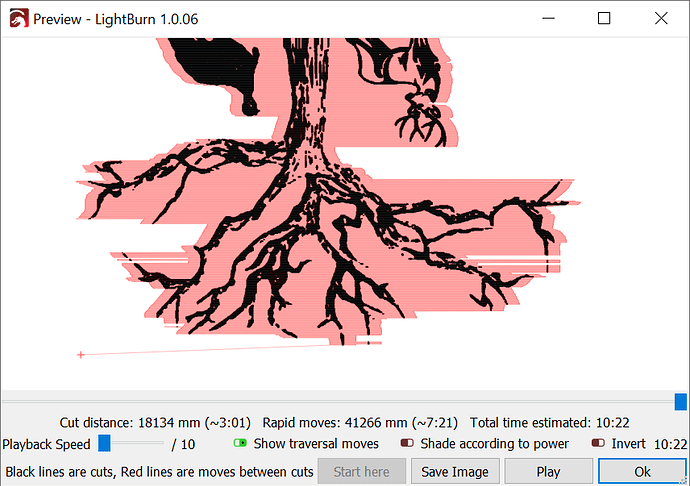 The engraver needs time to speed up and slow down to engrave the image. Overscan is added to the left and right sides of the image. I don’t believe that framing would include or generate the overscan because framing follows a path. I am however suspicious that the engraver smacks into the limit and loses its location.

I suggest moving your image 20mm-30mm off each axis and try it again on something expendable. ( i use a lot of cardboard for framing )