Is there a way to combine an open shape with a closed shape?

Is there a way to combine an open shape with a closed shape? In the image below, the saw blade is open. I need to combine the two pieces so it retains it’s current look. Every thing I try either takes away the saw blade or the top line of the bubble shape. Appreciate any help. Thanks 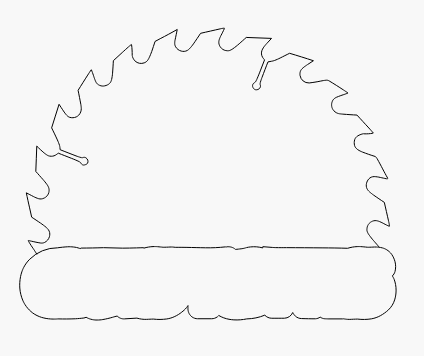 I’m assuming this is what you have now: 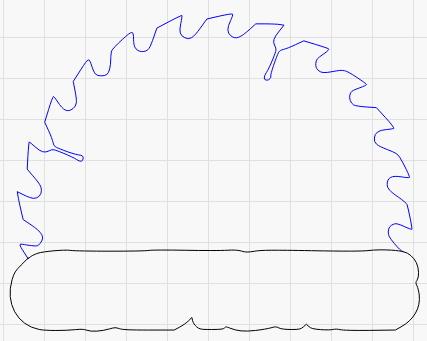 There isn’t a single closed shape that will produce the look you want, but you can make the outer line the closed part, then make the open shape be the line across the middle of it. Use the Edit Nodes tool, then select the closed-loop nodes at each end of the saw blade (or Insert new nodes there if there aren’t any), and break the loop at those points, like this:

Select the loop shape, hover over the point where it meets one end of the blade. Hit ‘I’ to insert a new point if there isn’t one, then hover over that point and hit ‘B’ to break the shape there. 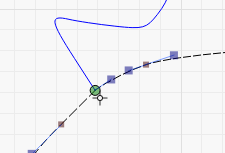 After breaking the shape at both points, you’ll be able to select just that middle line: 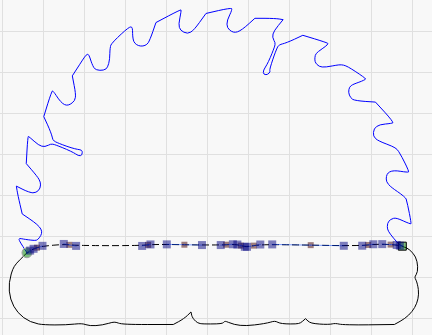 Then you can select the lower line in the closed loop, and the blade, make them the same color, then Auto-Join (Alt+J) to connect them: 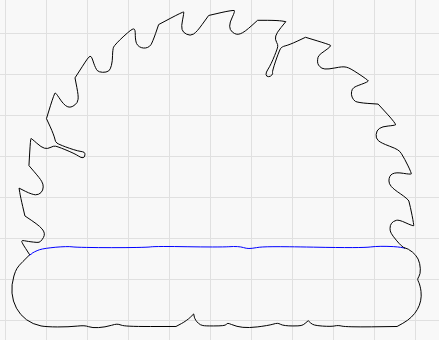 I’ve also made the crossing line blue, so I could run that at a lower power than the outer cutting line, because you won’t want it to cut through, but just mark the surface instead.