Minimum install of windows, Dropbox with only sync of the folder I have my Ortur files on, and Lightburn latest version. After all this the 64GB drive has 15GB left of space. The performance once lightburn is running is no different then on my Thinkpad P1 for the type of cut files I usually work on (didn’t try huge images to engrave but i’m sure it would be alright) I had a old screen and keyboard and the computer cost CAD$175 on amazon - has 4 USB ports so I can have the Camera installed as well. Now i don’t need to be right next to the noisy setup and can do other work on my Thinkapad while stuff burn at the other corner of the room. I don’t plan on turning off that computer often - I have a similar setup for my Mimaki UV printer and it’s simply running Rastelink 6Pro and dropbox. I saw post were people ask what is the minimum computer… i think this might be it, Someone even confirmed the run lightburn and Gimp off a stick computer 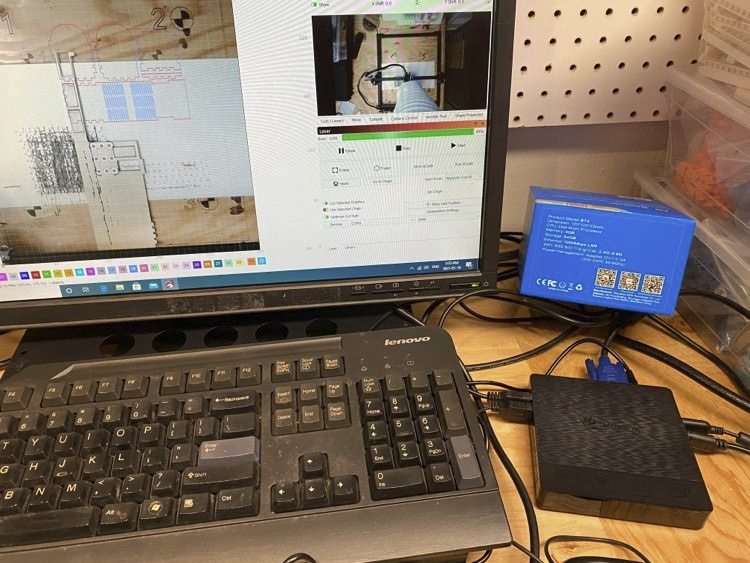