Laser paused during a Fill and burned a hole

I have used my Ruida-controlled 80W laser pretty much every day for a year and today it did something I have never seen before. I was engraving 1.5mm plywood at speed 200/power 17, just a small 4 minute job. I wasn’t paying too much attention, but noticed that about 90 secs into the job the head wasn’t making the usual traverse noise. It had stopped with the beam still on, for what seemed like 10 secs, and was burning through the wood. Just as I was about to hit the stop button it started moving again and finished the job. But then it paused at the end of the engraving for another 10 secs or so before returning to the Origin position and sounding the job-finished-beeps.
The laser is connected to my network using an ethernet cable, whilst the laptop is connected to the network via wifi. I always press Start on LightBurn to get the job going, I never Send the job to the controller first. My immediate thought was that there had been a file transfer problem during the run and the laser was waiting for further instructions from the laptop, but would it be allowed to pause with the laser beam on? I was lucky as the job was just a low-cost bookmark, but I usually engrave items that cost me several British Pounds a pop. I’m running LightBurn version 1.0.02

Streaming the job to the controller, I’ve rarely had any issues (I’m 100% gigabit Ethernet). But when my security gateway went nuts (which unfortunately happens ever so often since I switched out my rock solid PFSense appliance with an awful Ubiquiti Dream Machine Pro) I would get similar type stalls. 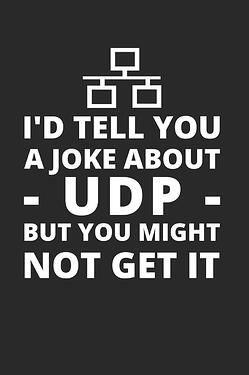 Thanks for the feedback. I know little about the communication protocol used between Ruida controllers and driving software such as LightBurn, but it seems that the designers overlooked an obvious communication flaw. If hang-ups can (and do) occur and if the laser is firing at the time, it isn’t going to end well! I was lucky, I incurred a spoilt low-value workpiece. But it could easily have been a high value piece and, just as easily, it could have led to a fire.
Question to the LightBurn development team - Is there anything you can do to LightBurn to make it more fault-tolerant. Or, if the answer to that question is No, do you have any clout with Ruida, such that a fault-tolerant protocol could be implemented before a serious accident happens?

So networking… There are things you could do to make it less fault prone. This said that your machine is connected to the network direct and your computer over wifi. You could improve your luck not using WiFi and connecting to your network over Ethernet. But you might have more luck doing a direct connect from your computer to your machine.

They are also developing a bridge that runs on a raspberry pi. This allows the pie to connect to your laser directly and then you can remotely connect over wifi. You end up with tcp between the computer and the pi. And the udp is not an issue because the bridge is directly connected.

The first and maybe easiest step in your case would be to SHIFT+Send for execution (rather than clicking start).

Start vs Send on Wifi Getting Started

“Send” just sends the file to the laser. “Start” sends it as a temporary (unnamed) file, and the laser begins running the job when “enough” data has arrived. (I’m not sure what counts as “enough” in this case - it’s up to the hardware). If you are sending a job that has photo engraving, or high-speed engraving, those can take a decent amount of CPU horsepower to execute the job, and receiving the file also requires CPU time. If the job is complex enough, it’s possible for the controller to s…