Laser position on round piece of wood

Can anyone tell me how to laser onto a round piece of wood. if i place the wood in the middle how do i move the laser to the correct position to print onto it.

Do you mean circular / flat or cylindrical?

If it is a flat disc
I mark the middle of it and set the laser to start from middle position position head over center mark and frame to check all is well then start.
I now have a camera and I just center the image on the shape on the overlay and laser away, If you can, get a camera, It was the best upgrade ever for me. It really is a game changer

Would you say that’s what the largest use case for the camera is, overlay/alignment? Silly question… the angle of the camera that you choose from, is that mounting angle? 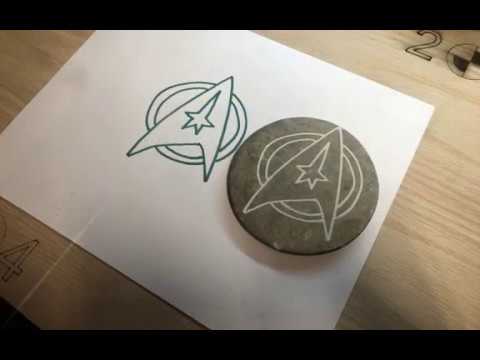 Which LightBurn Camera Should I Get? FAQ

We have a great new feature in the latest builds to help you with that. In the Camera Control window, right click and then choose “Camera Selection Help” [image] Then, in the dialog that pops up, make sure your machine size is correct and check the list, which will give you all the info you need to make the right choice. Double click on the camera listing and it will take you to a page where you can purchase it. [image]

Thanks for your help. i will see about getting a camera.

Sorry i mean a flat disc.

I have what I would claim as being the most perfectly calibrated and dead on accurate camera calibration possible. The camera is absolutely a go to for most positioning.

However, if and when dead on zero tolerance alignment is critical, I still fall back on spoil board method.

Recently I created a design where the first step in the creation was to mill the 1” thick oak and some of the lettering on the CNC router.

From there, the next step was the laser fill the lettering cut outs. This had to be exact.

I also added to it additional engraving below the block.

So after milling, I used the same design in Lightburn, but first only cut the outer boarder out on a well secured sacrificial piece of Coroplast.

This creates a very secure and tight holding index to then run the other layers after I place the target object in the cut away of the Coro, refocus, and set the boarder to no output (while keeping it as part of the selected graphics - using start from current position). 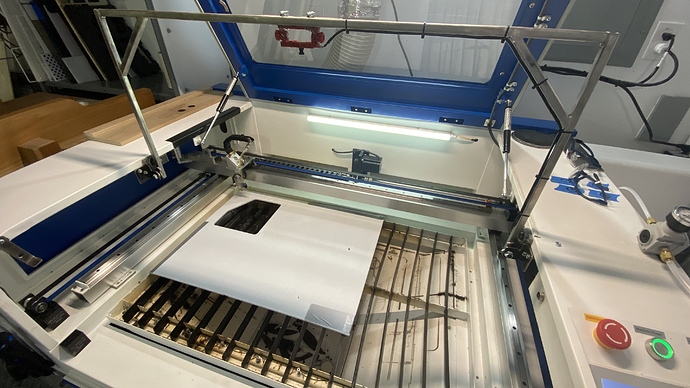 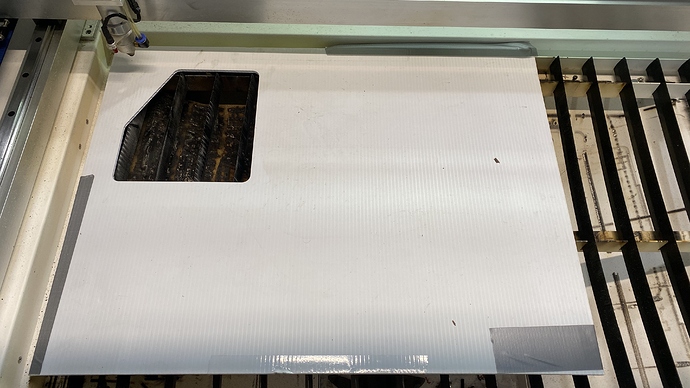 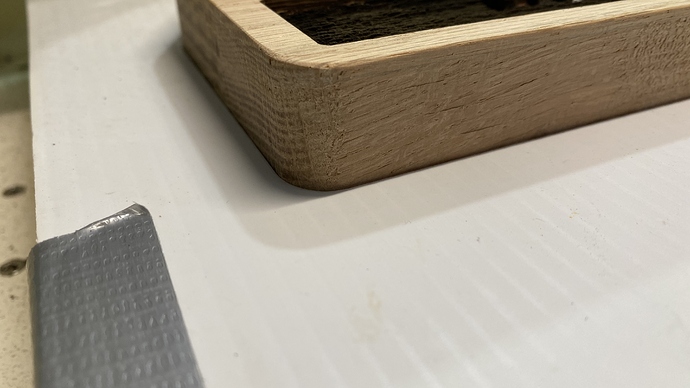