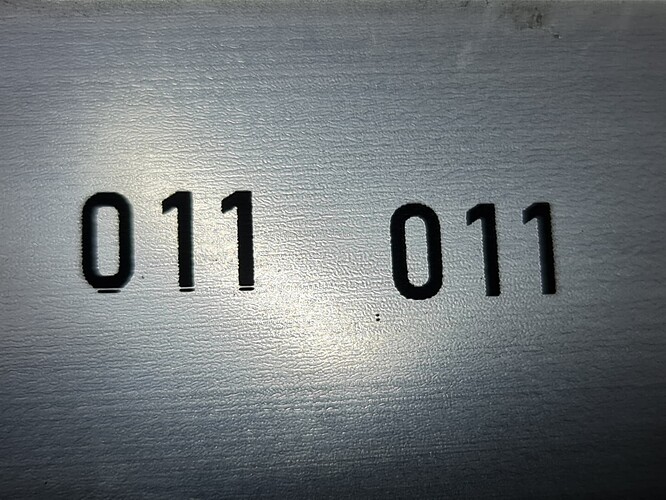 This is very interesting.
Which Ruida controller is operating your OMTech engraver?

Which version of LightBurn are you running?

Which Windows OS(or linux?) are you running on your MSI computer?

With the scan angle at Zero is the blank line placed identically each time?

Yeah it’s the exact same missing line everytime with 0 degree scan angle and that’s regardless of file, placement or speed settings. I initially thought that the laser was firing too early and adding a line so tried a start delay but then had a closer look and noticed that’s its actually skipping/missing a line. It’s happened all of a sudden and I haven’t a clue why. I’ve attached another pic so you can see it more clearly.

Thnaks for the reply 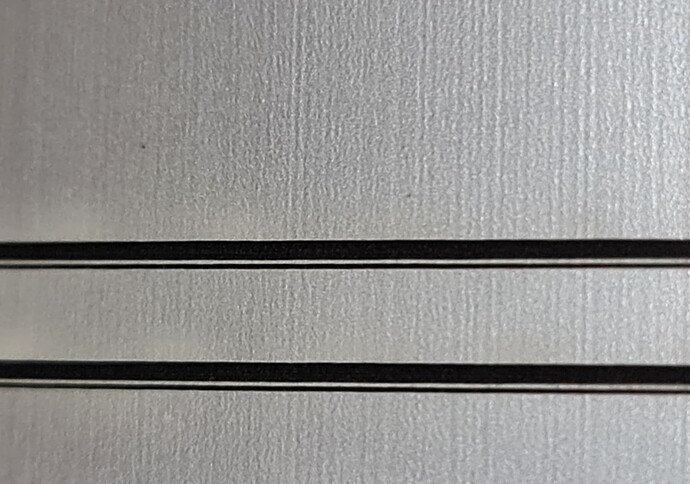 Anyone know if this is more likely a hardware issue?