Lightburn crashes with this file

Always happens when you’re in a hurry doesn’t it. I used a file a couple of days ago and needed to run it again today. But every time I try to open the file Lightburn immediatey crashes. I can open other files ok. I have tried opening the same file on another PC and same happens. So it clearly doesn’t like the file. It’s not a desperately complex file so I can recreate it but it’s a concern in case it happens with something more complex. I’m running the latest version of Lightburn (09.09). It’s on a Windows PC running Win 7pro. Info attached if it helps. Medal insert 2018 TB.lbrn (75.8 KB) 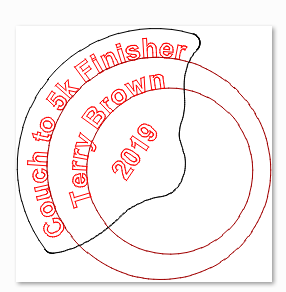 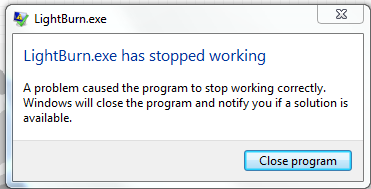 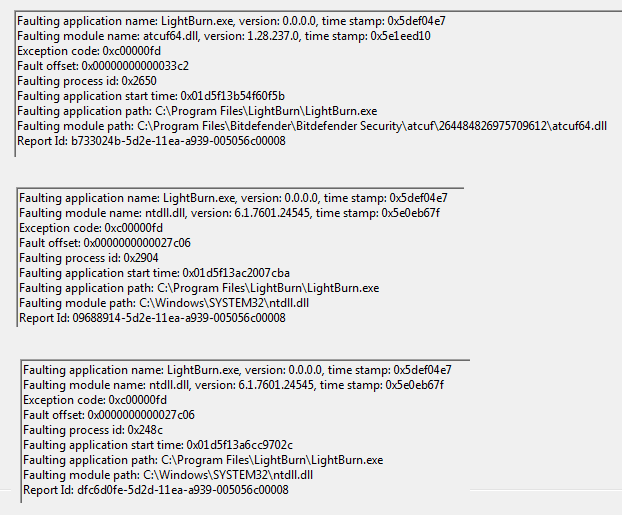 It crashes for me too on Windows 10. Just as a reference.

Thanks. It worked perfectly well the other day and now crashes on both my Win 7 PC and Win 10 laptop. I can’t see why that file should have been corrupted. Every thing else I have is still ok.

I narrowed it down to line 155-157 in the file. If I remove these lines it does not crash:

Interesting. No idea how you worked that out though! Lol. Meanwhile, I have recovered the job by importing rather than opening it. When imported, the text no longer followed the paths but I just reattached the text to the paths and good to go. After I changed the date that is, which was the whole point of re-running the job in the first place!

Having said that though, finding out why there was an issue is still of interest. Next time may not be so simple.

from the Shape-thingy it also does not crash, but the text is no longer curved: 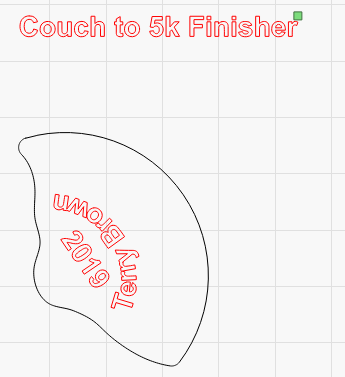 I guess the error is there somewhere, but I don’t understand the shape numbering… I guess @LightBurn do.

This is already fixed for the next release - it has to do with the text on a path associations being saved in a funny order. I’m able to read your file without issues.

Thanks for the explanation Oz. Looking forward to the next release. I’m sure there will be other nice things to come too.