Lightburn will not work with Windows 3.0

Obviously a smart-arse joke. But, but… I went back in time… to a time of simple things. 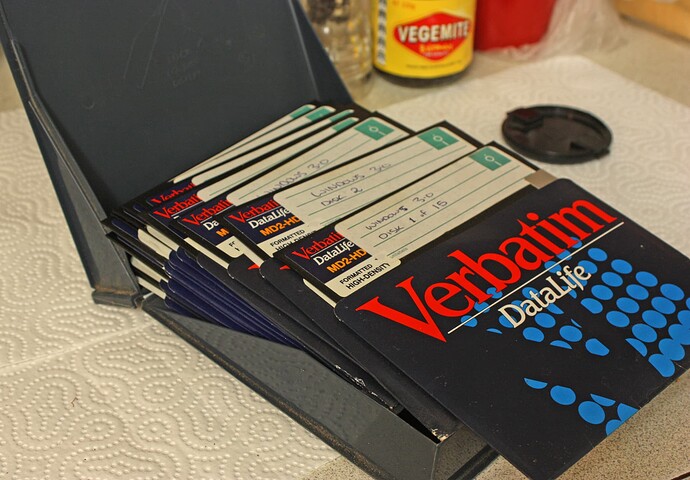 Further to this, I came upon some discs of the past.

Yes, I also love golden oldies. They just don’t make things the way they used to be(thank goodness).
I still have the stiffies from the best Microsoft product ever(see below). In a moment of nostalgia I decided to boot from these stiffies, but, horror of horrors, my machine had no stiffy drive. When did that happen? 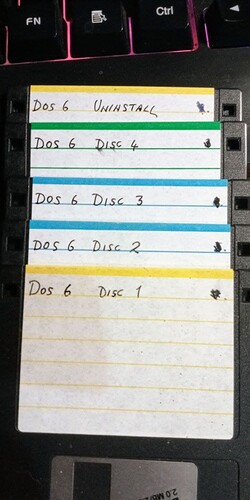 Those days, where hard in a way. But you understood what you had.

Yes, doesn’t run on my old pc either… now where is that punched tape?.. 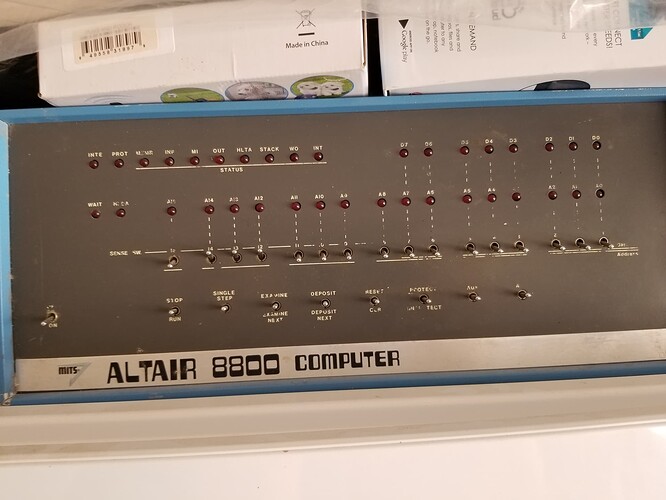 Don’t make me boot up a really old “real” OS from days gone by. My roommate, using an RS232 based VT100 and me on the console learned C and Pascal on this along with WordStar. Multitasking the hard way with one CPU. Consensus UNIX on the 486 with XFree86 on the console game me a pretty GUI while the roomie continued on the VT.

I still have fond memories of Ventura Publisher though. 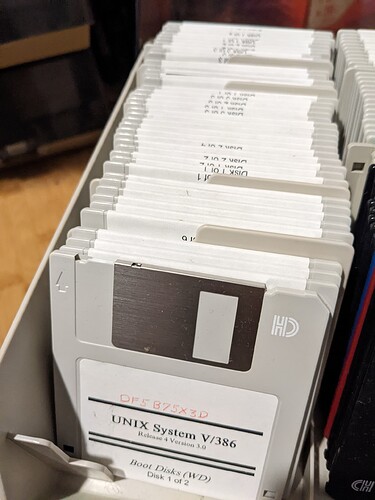 Damn, had to make me go down to the garage and dig these out 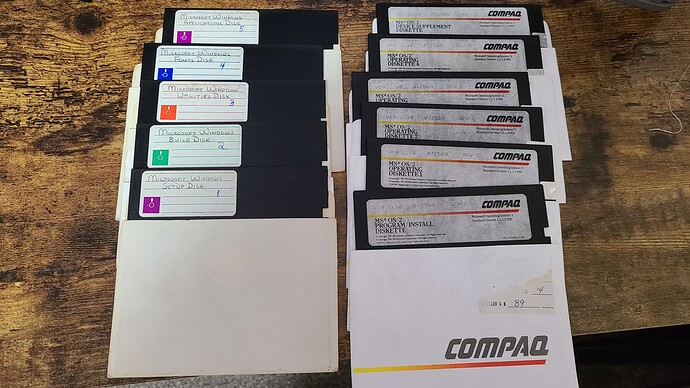 I should still have my CPM/86 and Borland Turbo Pascal floppies somewhere but would likely wake the family trying to dig them out. The Xerox 820 they ran on is long gone though.

You have it easy with the disks…

I have to enter the hex values of the boot loader from the front panel. Then I could load the tape that holds basic interpreter of some other program…

First column is the address, the second is the data you had to enter… 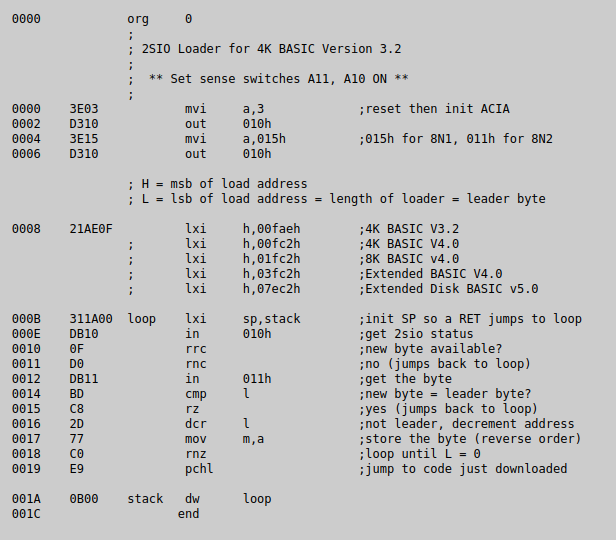 Well, when I started my apprenticeship in the pre-press side of the printing industry, late 70’s, they didn’t have readily available personal computers. We used a Linotype machine that cast letters into hot metal. No memory, no paper tape, you flew by the seat of your pants. No pop-up ads, no sinister overlords. Fun times indeed.

Then there was photo-typesetting - which projected letters onto photo paper - spinning film types, black glass plates with reverse engraved letters. Paper tape was used for recall and editing, if you could read it. All propriety systems - computers for sure, but not as we know it. Simply amazing machines.

And now I sit here fondly looking at my Laser… wondering…

looking at my Laser… wondering…

‘where you went wrong’…?

Gotta admit I bloody pissed myself laughing at that one!!!. Perhaps too close to the bone. Good one. Not sure what to say next.

But we move on. I’m attempting, my first attempt to engrave and cut out a simple Acrylic edge lit led sign. I usually use Illustrator or InDesign as my drawing tool, but this time I thought I would use LB’s native tools.

There a few weird behaviours (not just me) of basic drawing functions that I’m not used to. But that’s ok, I’ve just got to work through it.

Steve,
Like you I have seen the computer industry go through some mind boggling changes. This leaves us with a sense of awe, wonder and amazement. I think that is a good thing and it is entirely missing from the more youthful generations who take it for granted.

It is akin to the perception of beauty. It is the ability to perceive beauty and to feel awe and wonder that makes us better people and not entitled brats.

Shooting the breeze, Shift registers. Whatever

I’ve come full circle. I hope. This is working for me.
Lightburn and Laser machines are a tool for an artistic bent that I have.
Amazing software tools.

A great trip down memory lane… thanks all.
I’ll move this out of the official support channel so it doesn’t lock-up in a month.