I have recently been messing around with my chinese laser and upgraded to the cohesion3d board and lightburn software which has been amazing to me so far, although some of my lines look jagged. I believe its a matter of changing the curve tolerance setting but it seems to be moved or maybe I’m missing it or something else? You can see in the image that it doesnt look right, thanks in advance. 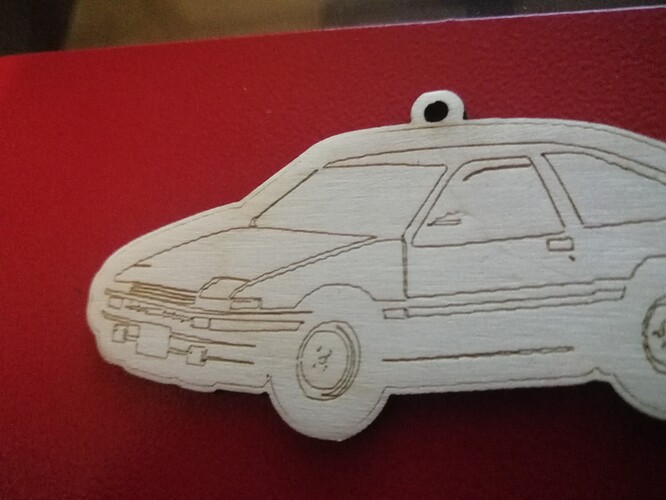 I would run basics squares to see if the wobble is in one direction or the other. To me it looks like a loose mirror or head.

How fast are you moving the head in these lines? The engraving looks very lightweight for a 60W CO2 laser so you may be moving too fast. Your exposure settings would be useful.

Too fast but if you look at the circle cut it is not round. Maybe loose belt. Unsquare gantry.

yes the circles cut like that too maybe they’re linked and the belts all seem fine, for that one i was moving at about 30mm/s with 8% power (I was testing different speeds and powers and just happened to take a picture of the low power one) but when i cut the outside it was set to 12mm/s and still has the same effect, just less visible from me sanding the face of it and the angle, I saw on the Lightburn documentation there should be a curve tolerance setting which I wanted to try to see if that would help but it seems to have been removed

Burn a large square like 10 12 inches. At like 100-300 mm/s and a large circle like 10 inches. The square you can see if it is one axis or the other causing the waves. And you can measure lengths and corner to corner to find if it is square.

the straight lines all mark in perfect lines distanced apart, the circle had some waves in it still 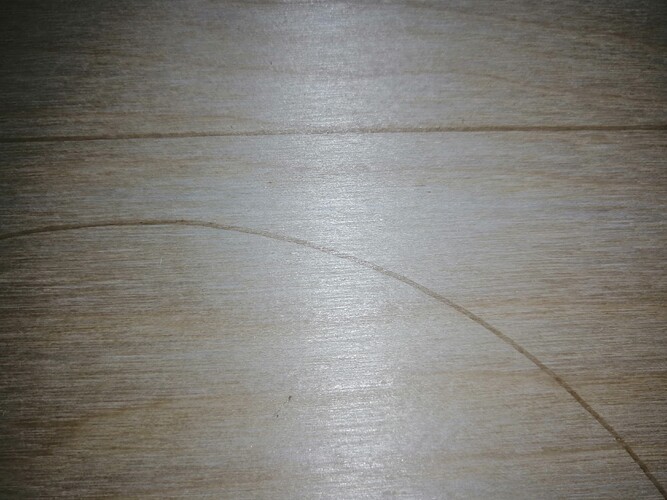 Are you in focus? The line is awfully wide looking. So real noticeable marks on the square and circle. By chance try a different file?