Not cutting after engraving

Hey!
So, recently just changed the co2 and got the mirrors calibrated. Did some tests and now this is happening. 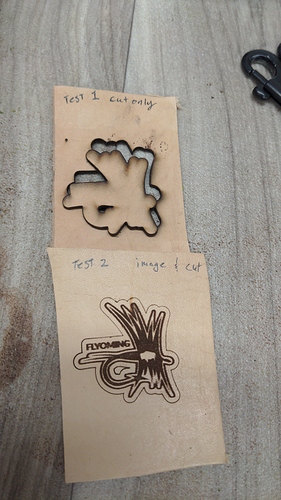 So here’s a test as you can see on Test 1 at the top, the vector cut cut was perfect and this is what I need every single time. I’m cutting leather by the way. BUT on TEST 2 I did the actually engraving followed by the same vector cut at the Test 1. On Test 2 it did not even remotely try cutting through. It barely penetrated the leather.

So I did another test with a different graphic. 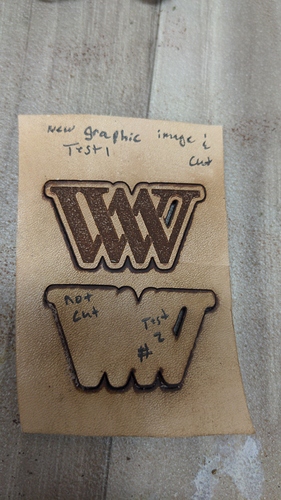 This time, I started off with an engraving followed by a vector cut first. In this test the laser did cut out a little bit on the right side of the graphic but that’s it. On the left side of the graphic it did not penetrate all the way through the leather. I did a second test with the same graphic this time just the vector cut. It did cut better but not the results I need like the very first image I sent on Test 1.

Now I get curious and wonder if I just use the shapes tool that’s in LightBurn. So I just made a square shape and it cut out perfect. Exactly what I need once again. 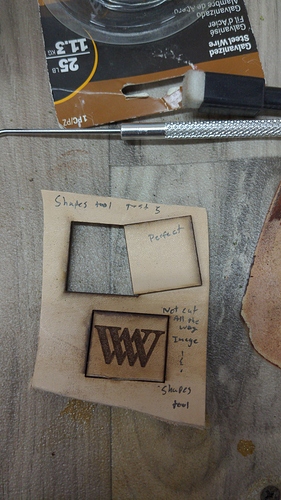 So final test I use that same shapes tool shape but put a graphic in the middle of it to be engraved. And it did the same thing as all the other tests and not get cut out at all.

Has anyone experienced this? I know my mirrors are aligned because of the tests that were successful, but why when I engrave an image followed by a cut out it fails? It doesn’t want to cut all the way through?

I’ve had this problem a little bit before I change the Co2 Tube but nothing like this.

What settings did you use for the two layers? (Min power, max power, and speed?)

I used the same settings throughout since day one and thats, for Engraving, is max power of around 20 and min power of 0 and speed around 400.

Those are my lightburn settings.

And min power? That one is important when cutting slow. Read about Min Power here:
https://lightburnsoftware.github.io/NewDocs/CutSettingsWindow.html#shared-basic-settings