Bear with me please. The company I work for had bought a used Mitsubishi laser that they had gotten a good deal on, that was previously used for cutting steel. Im only using it for cutting and engraving wood, however. I don’t know a ton about it, but I was designated to get this machine set up and figure out what our capabilities are with it because I had some prior experience working in a laser cutting shop (about 9 months, but I wasn’t involved in any of the setting adjustments, programming, nothing except press start. Also the machines I was used to running were vastly different than what I’m dealing with now!). I’m basically on my own with this, with nobody else in my shop having any laser experience whatsoever.

That being said, we’ve been using Radan software for programming this laser, and I’ve successfully learned quite a bit about laser programming and processes, and have created quite a few great programs that I’ve cut, but I’m still very much a newbie, so I need some advice. So far, we’ve both cut and vector engraved on wood and mdf, no problems. But my question is, is this machine compatible with doing raster engraving/etching? I know its probably drastically different than anything you guys are dealing with. Which also makes it SO hard to do any research because it feels like I have a dinosaur here that nobody knows anything about lol. But I really want to be able to raster etch some designs, instead of being limited to only vector engraving.

I downloaded the free trial and looked through the supported controller types, but again I don’t know much about this at all and none of the controller types looked even remotely familiar. I’ve attached a picture of the stickers I’ve found on my machine and controller (can only post one but maybe I can post more in comments), maybe someone might have some idea?

Thanks in advance. I have a lot of pressure on me to get things figured out, and with no point of reference and nobody to ask for advice, everything so far has been trial and error and its very stressful and frustrating at times. 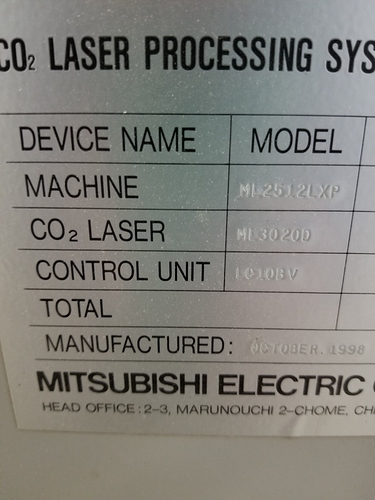 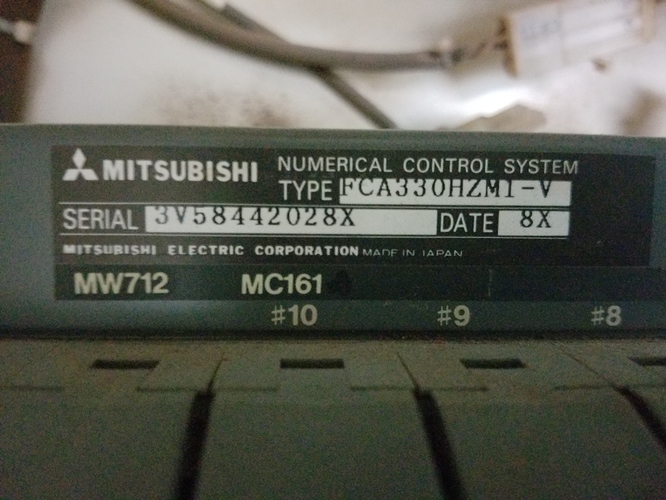 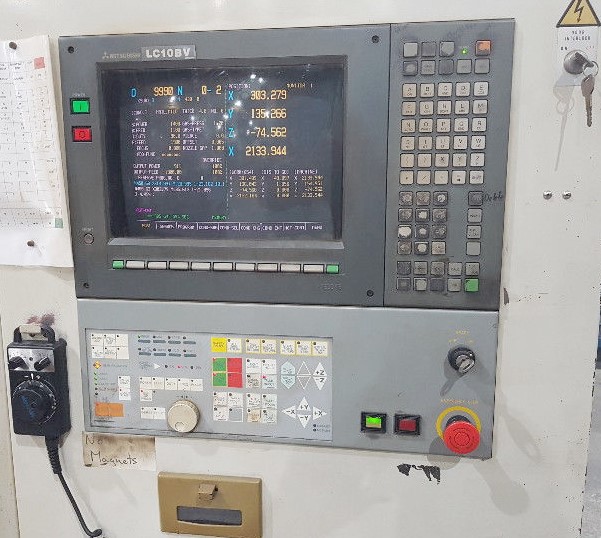 I can gaurantee you that it is not compatible with LightBurn.

@Grumpy_Old_Man is correct. LightBurn does not support this controller.

Do you know if there’s anything I can do or a different program I could use for this? Or is this machine just not capable of that type of movement (back and forth scanning/raster engraving)?

The machine is capable of running whatever program is sent to it but that is a huge machine with a very heavy laser head. It will be very slow for raster operations. Wrong machine for engraving work. It is meant to be a cutter.

That’s what I figured, but hoped I was wrong lol. Thanks for the input.

Also I realize now how big my machine probably seemed judging by the picture and where the x and y coordinates were on it, I actually pulled that pic off of google because I didnt have a picture of mine at that moment lol. My laser bed is around 45" x 85". But still, as I suspected, too big and heavy for this as it was meant for metal cutting. I’ve had some great success with engraving designs and fairly quickly, but that being only vector engraving. I realize it takes a lot more movement and agility for raster engraving.