Hi new LightBurn user here! I am having issues getting the software to recognize my origin. I have it set to user origin then set the origin on the laser and when I start the program it is going way out of range on the right side of the machine. I have tried moving the origin on the laser and nothing helps it keeps starting in the top right corner of the bed. 60w with a topwisdom controller. 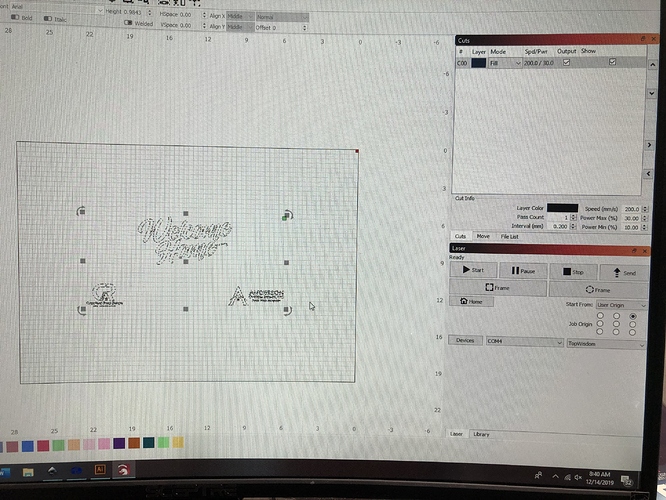 LightBurn does not officially support TopWisdom controllers yet - it’s still considered very much in beta, and the origin issue is one of the known bugs. That has been fixed, but the fix is currently in beta testing, not widely released yet. Out of curiosity, how long have you had your machine & been using AutoLaser?