I still have an issue that I think is laser drag. I posted about it here, but didn’t get get much help, so I’m trying again with photos inline 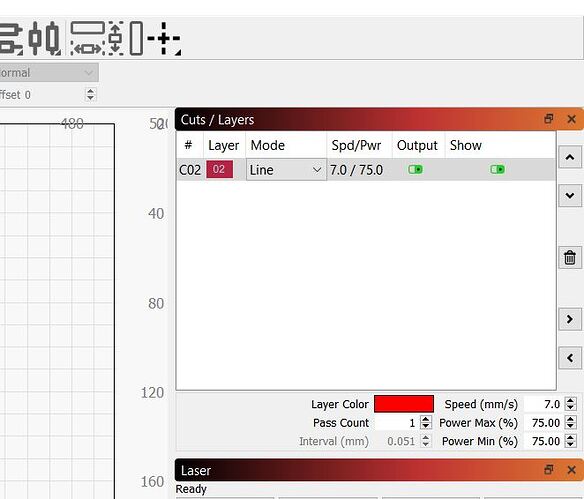 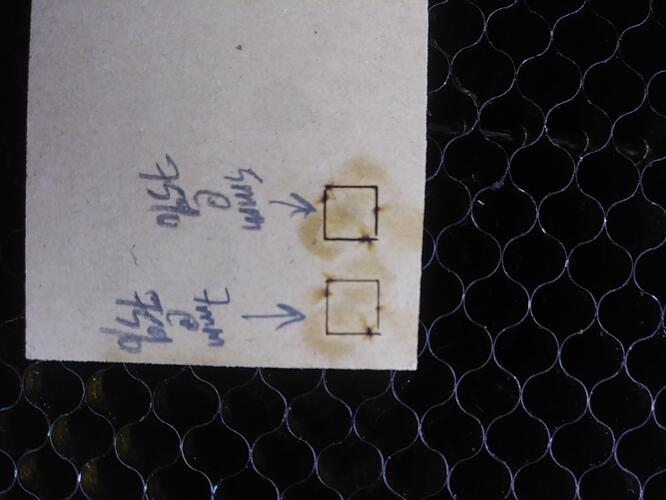 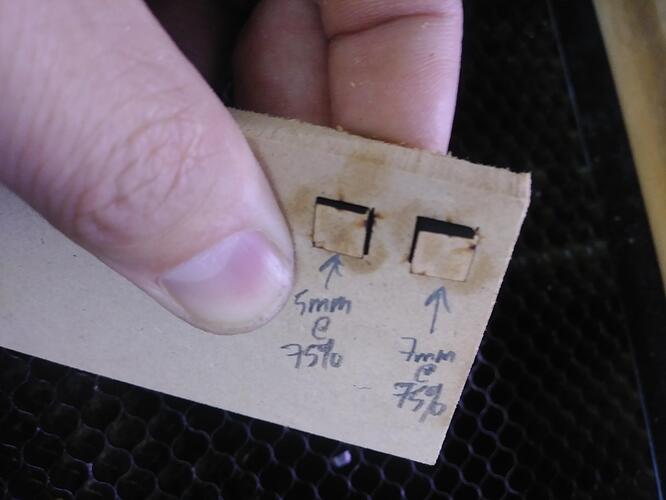 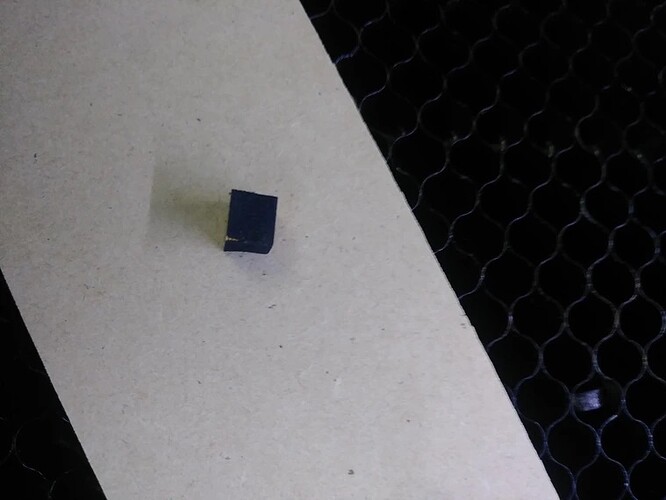 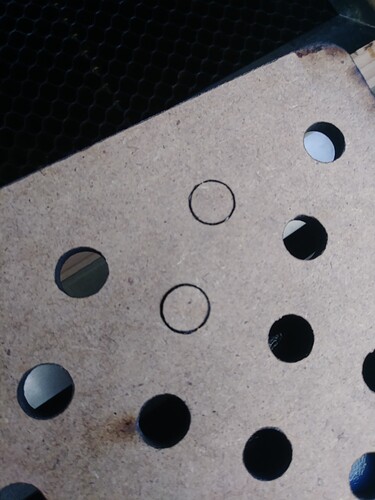 It seems that regardless of file, when I go to make a cut, it’s like the material isn’t being fully cut through due to maybe beam drag? I have a 50w(?) Chinese Blue and Grey 500x300mm bed laser.
I’ve tried various cuttings including overcut, lead-in, lead-out, cut-through with various settings, but the problem seems be be JUST BEFORE the end of the cut. That’s is when the drag is happening, even if I put overcut on, it seems that it’s dragging as its going around the final corner of a box, or at the end of a circle when it comes back to meet itself. Two cuts, same box, drawn in LB, each at at 75% power for both Min and Max Power, and one it s at 7mm/s and the other is 5mm/s. Any slower or with any higher power it roasts and deforms the cut edge, which is already starting to happen on these settings. Any thoughts? Am I missing something? Could this be LB or my laser? Anyone else have any documented laser drag? Any fixes?