Hi guys, it’s been a while since when I make a stamp, the laser starts to engrave and after a couple of lines it loses power.
No problem with the cut.
Anyone have any advice? 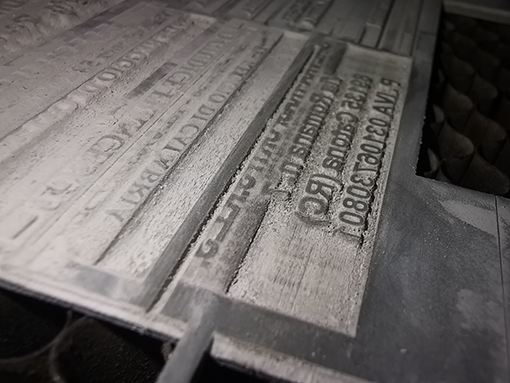 I see from your machine listing in your forum profile, you have a Leetro controller driving this laser. LightBurn does not provide support for the Leetro family of controllers at this point.

Sorry my controller Is a ruida

What power / speed settings are you using? What are you using for cooling on the machine? (if a chiller or air compressor is on the same circuit, and turning on around then, that could be part of it)

speed 200 mm/s and 19/11 power. Until a few months ago it never gave me problems.
I have the air compressor and a 3000 chiller on same circuit, but when i make the cut i have no problems

You might need to go a little higher on the power settings, depending on the size of the tube. It could be that you’re close to the firing threshold, and not getting stable ionization.

but I’ve always done them like this! The problem is that it starts regularly and after a while the power goes down

Tubes wear over time, and are affected by humidity, temperature, and many other factors. “I’ve always used these settings” is not accounting for the fact that lasers are affected by outside factors.

If your shop is temperature and humidity controlled, and you use a brand new tube with each run, then using the same settings every time should work.

Ok, but if there was a deterioration of the tube the power loss should also be on the cut and invence with that I have no problems

Power loss comes in a number of forms. Stable ionization happens at some threshold of power that is above where the laser first fires. For example, a laser might fire at 10% power, but if you reduced the power to 7% after it was already firing, it would probably stay on. If you tried to fire the laser at 7%, it won’t - it needs an initial “kick” to get it going (glass tube lasers do, at least). If you are riding that region below where the laser fires, you’re in “unstable” territory. If you have the power above that point, the beam will be stable and consistent.

Your stamp starts with a lot of deep cut areas where the power value is high, then transitions to areas with lots of text, where the average overall power will be lower. If you are in the range of power where you don’t have a fully stable beam, it can lose power, or drop completely. Cutting uses high power by definition, so you’re not going to see that stability problem.

I am not saying that it couldn’t possibly be anything else, but changing your power settings and re-running the file would take much less time than what you’ve spent arguing with me about it here.

Ok i Will try

Ok as is normal increasing the power the incision works. I hope the laser tube isn’t leaving me