When opening an existing Test Pattern card that for example was created and then shared by someone else when you either open or import the project all the power scales are at 100% and none of the pre-defined scales in the original are set. The center row I have selected below should have been 45% but they all come in as 100%. 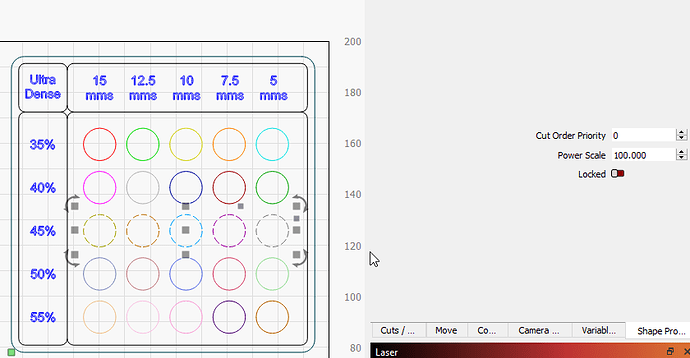 I am unable to reproduce as you describe. Please post the LightBurn file for review.

I share the following file to see if you can view the different Power Scale set for these circles.

I opened your and it retained the power scales.
Here is one of several I have downloaded and exbibits
Ultra Dense Test Card.lbrn (112.0 KB)
this behavior.
Maybe a version compatibility issue since this is a lbrn and not lbrn2.