Red Laser Dot out of alignment with Cutting Laser

I also notice now that the red dot shows up differently when I switch it on/off back on again… alternatively it shows up as a precise dot and then as more of a line… on off on off it switches between the two ???

Any help would be appreciated 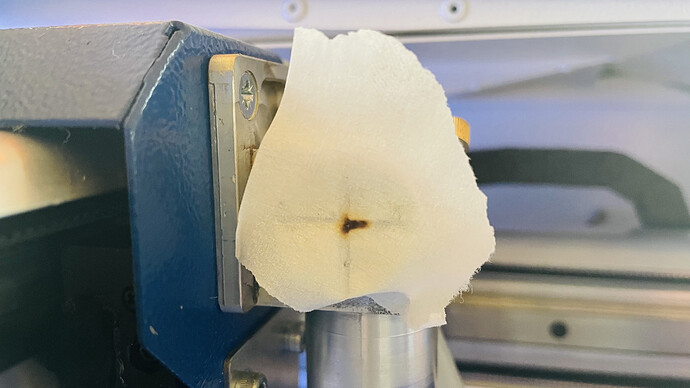 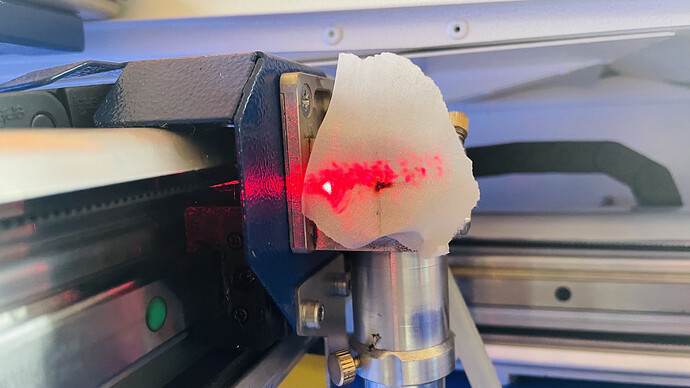 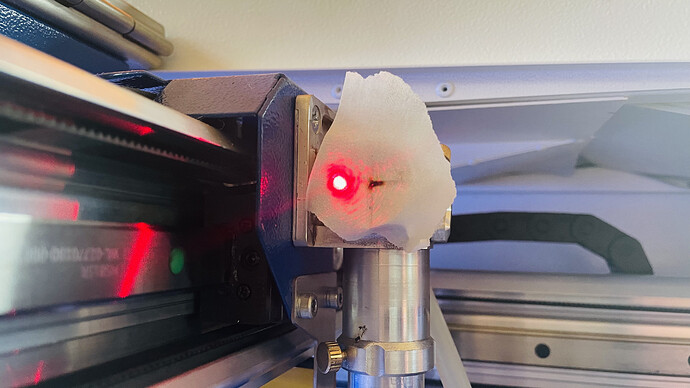