By default, Mac OS will only allow you to run one iteration of an application, but if you, for whatever reason, want to run multiple copies simultaneously, there’s a couple of ways of accomplishing it:

You can simply make a duplicate of your Lightburn app

And run them individually.

Or, a better way is to run multiple iterations of a single app from a terminal session or a script:

You can automate this if you create a bash script and save it in your ‘applications’ folder. Every time you click it, a new iteration runs

To create a script, first create the script file:

I have chosen the name LBMulti for my script.

That will create an empty file in /Applications

Then, edit the file:

In nano, paste the following:

control+x to save the changes to the file, then make the file executable:

This will leave a ‘hanging’ terminal window after the script has executed, but you can fix that with a simple option change in the terminal app if it bothers you:

In preferences, select the ‘profiles’ pane and the ‘shell’ tab within that

If you want the script to look like the LightBurn app, you can paste the icon onto the script:

Highlight the Lightburn app and hit command+i to bring up the information window. Highlight the icon in the top left of the window and copy it with command+c 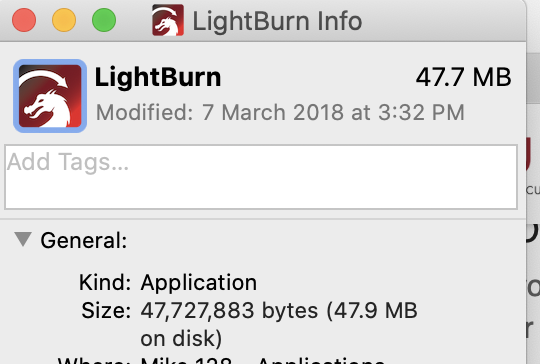 Then, highlight the script (which I have named LBMulti, but you can call it anything you like) 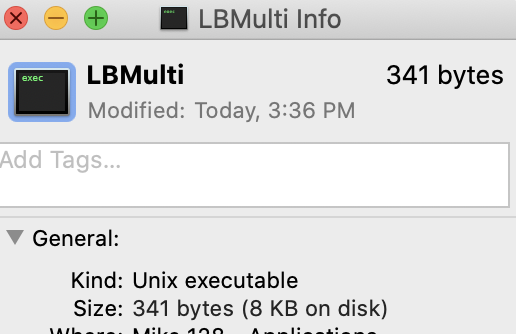 Highlight the icon and command+v to paste the Lightburn icon 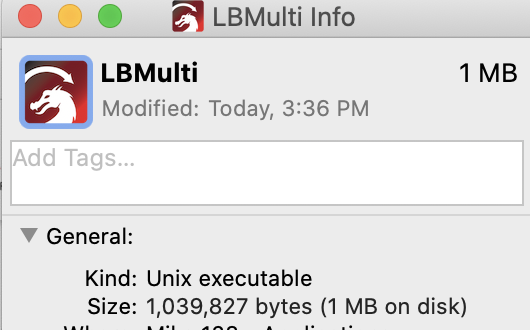 The script and icon will persist through application upgrades.