The short version: No one reads anything, we deal with this constantly, and it’s exhausting. You renewed before we changed how renewals work, but you’re close enough to the policy change that I’ve extended your key.

The longer version:
At the time you renewed, renewals were applied to the existing expiry date of the license, NOT the date of the renewal purchase, because that was the most fair we could make it - If someone else renewed immediately, and you waited until a new release came out to renew, over time you would get more benefit for the same amount of money, being rewarded for delaying, instead of being rewarded for renewing on time. Making all renewals just add to the existing expiry date of the license prevented that.

This is the renewal page you would have seen at the time you purchased the renewal. Read the 2nd last line: 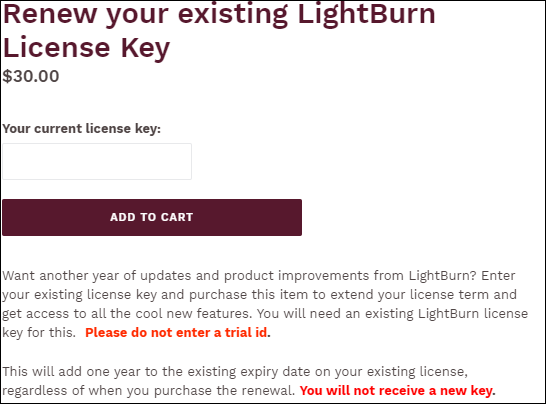 Of course, next to no one ever actually read this, so this caused a lot of confusion and angry emails. People don’t like fair apparently, so we’ve changed the policy to renew from the date of purchase, and if you renew “on time” you get an extra couple months. Your next renewal will reflect this.

You are correct. I did not see/read that paragraph, and I appreciate you extending it.

Even though I only use it a few times a year, since it was my mistake, I would have gladly paid again. I believe the hard work that is put into this product is worth it.

I appreciate that, but I’m trying to be fair here - much like the original policy was an attempt to be fair to everyone, now that we’ve changed it, I’m trying to keep anyone who renewed just before the change from feeling like they missed out by not waiting longer.