Hey laser friends, firstly i’d like to say what a update this has been only seen today and didnt want to go to GRBL as i haven’t a clue on how to.

I downloaded the firmware all was good, rastering at much faster speeds, but the end result was crap, turned off smoothie clustering an my image scan came out as expected, any ideas to what this could be?

I’m non to worried as its working great without the clustering, just strange so i thought I’d post.

rastering at much faster speeds, but the end result was crap

What speeds, and can you post an image of the result? “Result was crap” could mean anything - was it covered with stray lines, blurry, dim, or something else? Specifics will help us help you.

Please see attached photo,bottom part is with the cluster enabled and top part without the cluster toggled on. Both on slate ,bottom one on face side of slate top one on the bad side of slate just testing different things now I can go faster. 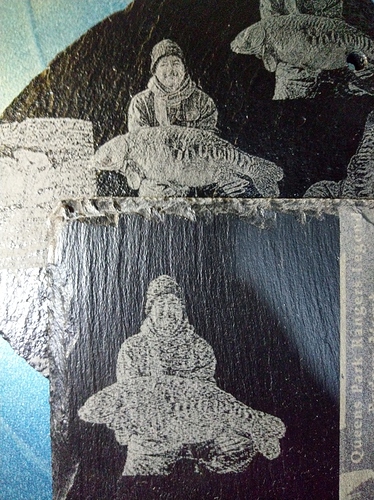 From the image you’ve posted, it looks like you don’t have the Smoothie clustering firmware on your board - the weird smeared lines are the giveaway. You have to download the Smoothie cluster firmware, and copy the .bin file to your SD card as “firmware.bin” (that part is important). If you missed the rename, the controller won’t use the new firmware. Could that be it?

The naming is already correct from the download repo and no renaming should take place.

Thanks for all your help Oz, its was a multi faceted problem, changed name, kept old firmware on disk an not to mention the biggest problem,… Oneself

Are get dialling it in tomorrow with the new speed…