Stuck in one power?

I am trying to engrave a picture. The first bit of it is engraved deep (as if the power is set high)
And then in the middle of engraving it goes to the power I have it set at (10%)

I thought maybe it was just the picture so i tried engraving a solid square. The same thing happened.
I tried 2 squares side by side different powers one at 20% one at 10% they look the exact same (looks like maybe 30ish%)

Anyone know what’s going on I’ve never had this problem before. Thanks in advance!

Attached is the picture I was engraving along with the first 2 squares i did. 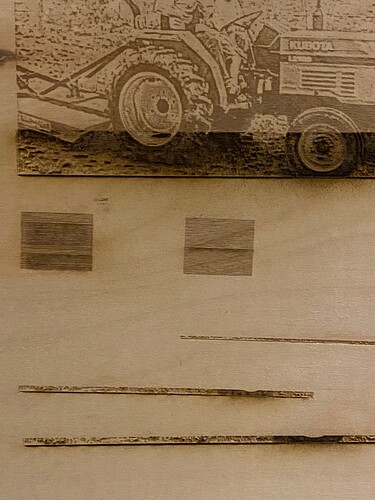