When I burn vectors or rasters I get unwanted scan lines; presumably the laser is not getting turned off or reduced to 0% when it should. Sometimes is it all over the image and sometimes more in one area than others 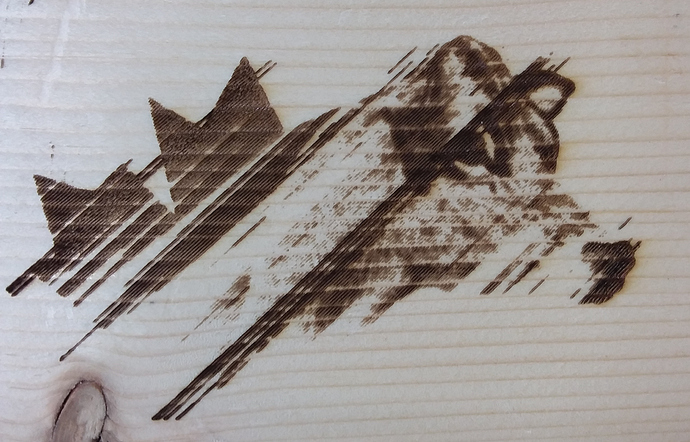 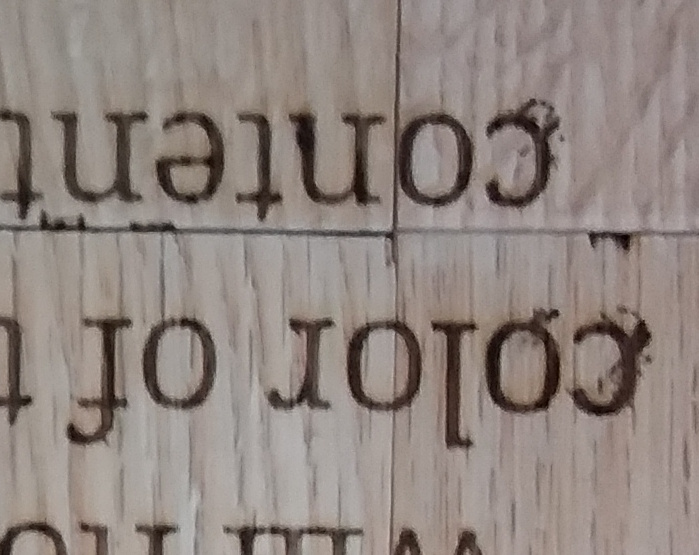 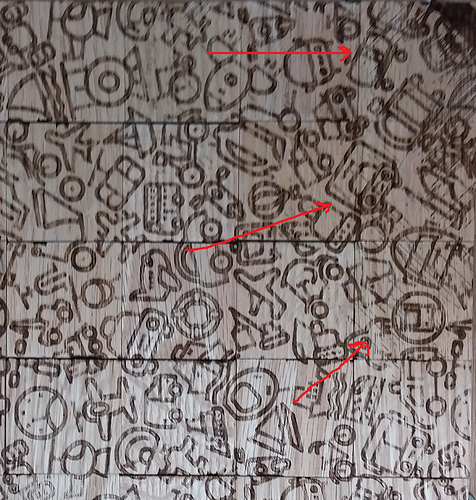 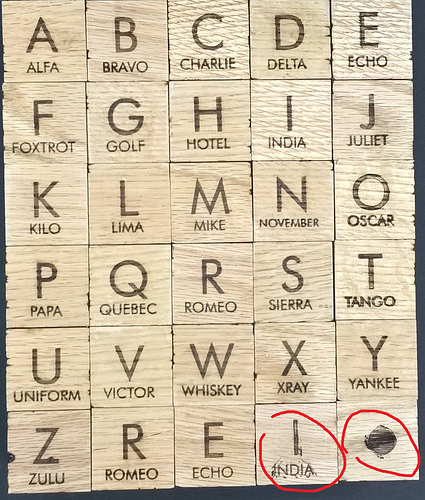 I don’t see this with other software.

I am using Marlin 2.0.x firmware with a diode laser. The laser is triggered using the “inline” method.

Honestly it’s probably Marlin itself. I’ve seen more issues with random lines on Marlin firmware than with any other. There are a number of settings in Marlin that can make the laser power ramp up over time instead of instantly change, but I’m at a loss to remember what those were - they were compile time changes, not just a config command.

It’s certainly possible, but in the past I’ve done projects like this with 20+ hours on the laser without this issue with other software. 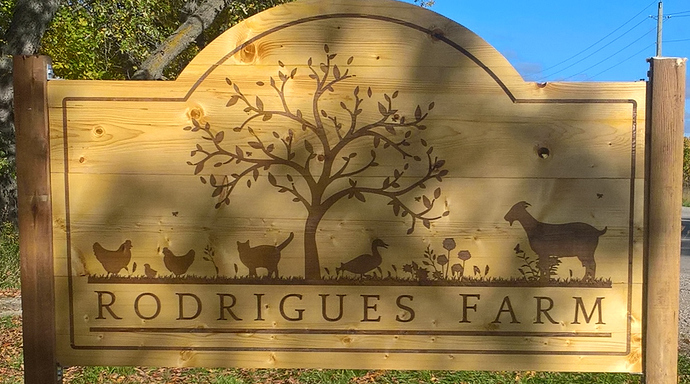 The only other thing I can think of is that I used to use M42 to set the power and intensity in the past, but Lightburn doesn’t support that, so I enabled the feature in Marlin to use the I for inline intensity during moves to use Lightburn’s inline mode. Maybe that feature has issues. I haven’t updated the firmware in a few months. I’ll check to see if maybe it has been addressed.

I really wish Marlin would just settle on an actual, supported, consistent way to control a laser. The wildly configurable nature of Marlin is great for 3D printers, but makes it hell to support for anything else.