I have the shapes below selected to cut, using “User Origin” as the start from. My Optimizations have cut inner shapes first selected. I have cut these two parts 20 times and it had always cut the inner parts first. But after installing 9.13 the behavior changed.

The cut order was: 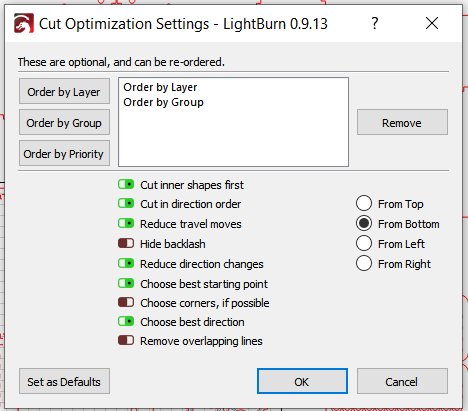 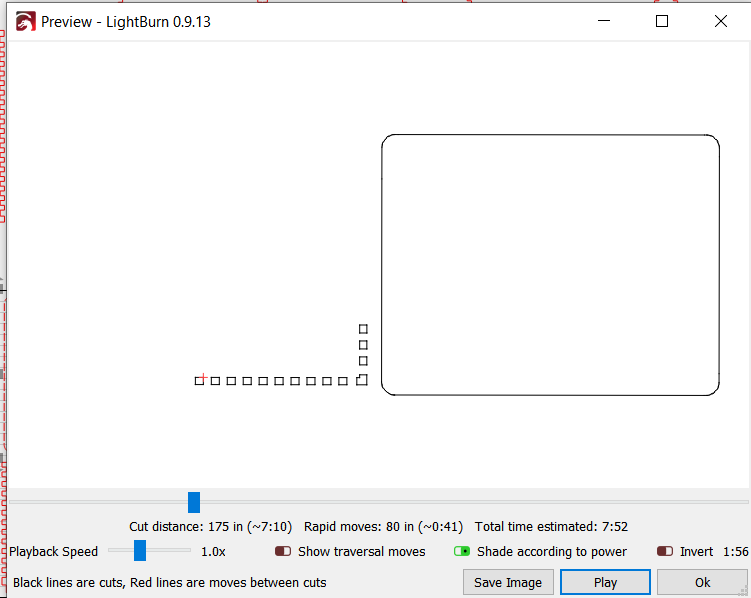 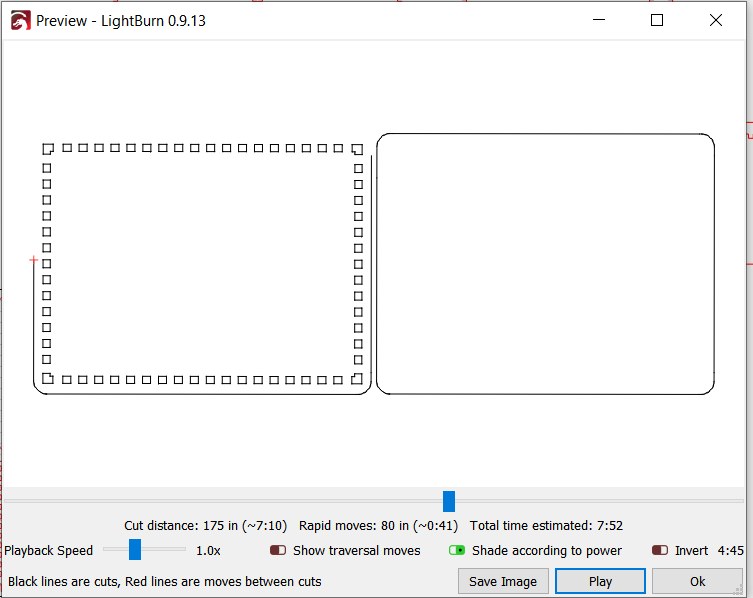 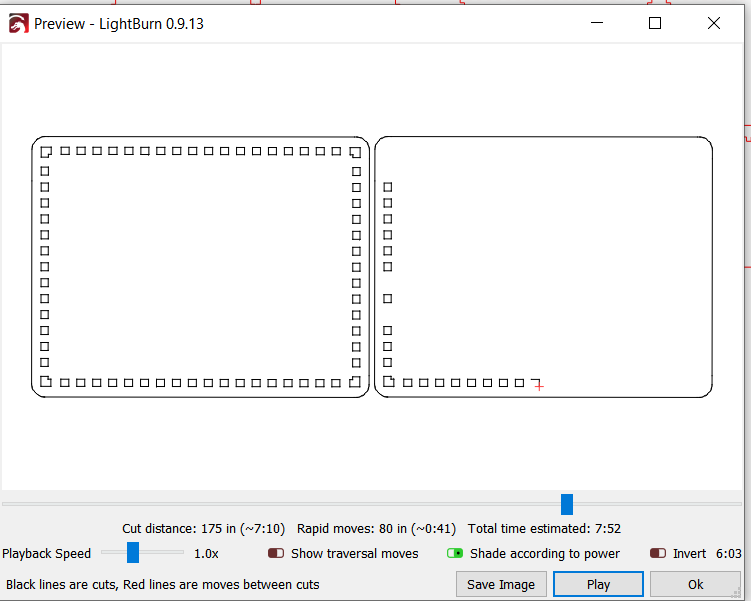 put cut by groups as the highest priority

I always thought that if you have “cut inner shapes first” selected that took precedence over the other groupings.

I removed the “Order by Group” and it is cutting the inside first now.

I feel like people understand this when it’s “by Layer” but expect the others to work differently.

If I set this up with this layer order and have ‘Order by Layer’ enabled, it cuts the red layer last:

The upper three optimization options override everything below them, including each other. The bottom options are all handled “collectively”.

So if you have Order by Layer first, for example, it will cut everything in that layer first, following all the other rules within that layer, then move on to the next layer. By Group and By Priority work the same way.

But the “Cut Inner Shapes First” is not in that hierarchy of layer, group, priority. It is just a boolean setting that would appear to imply when it is set to “True” it would force inner cuts first (regardless of any other hierarchy settings.

There would be mutiny if I did that. People expect “Order by Layer” to override everything else.

Would it be possible to add “cut inner first” in the top Layer, Group, Priority list? Then it would be obvious where it fell in the order.

Not easily. The cut planner is already incredibly complicated. Putting “Inner First” up there would give the system a lot less flexibility as those items are evaluated and then treated as a group that has to be planned independent of other groups. 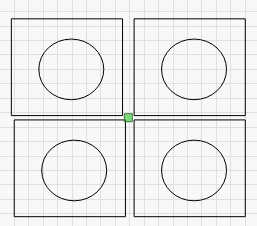 Right now, the system is free to order these any way it likes. It could do all the circles first, but more likely it will do one, then the square that encloses it, do the next one, then the enclosing square, and so on. If “Inner Shapes First” was moved into the upper list, it would force the system to treat everything at a single ‘depth’ as one layer, so all the circles would cut first, then all the squares.

The current ordering is easily explained - The 3 upper options, if present, are done independent of everything else, and in order. Each one creates a ‘cluster’ of work, and each cluster is processed by the options that follow.

The options in the lower half of that window (all the toggle switches) are applied to an entire cluster at once.

Your explanation of creating clusters from the top order and the bottom options apply to those clusters is a good way to explain it, I never realized that was how it was setup to work before.

If the documentation does not use your cluster explanation, you should add it, it really helps to understand how it works.