Has anyone found a font that is 3D engrave-able without graphics work? I’m thinking of being able to shape letters a bit more rather than just cut out of flat stock.

Do you have an example?

maybe like these? Just some ideas…
Maybe a way to create shaded fonts so they will engrave in 3D when using grayscale?

Using 'Ramp Mode" in LightBurn could get you that effect with any normal font.

This is the same text, one with ramp enabled (and ‘Ramp Outer Edge’ set), and the other without: 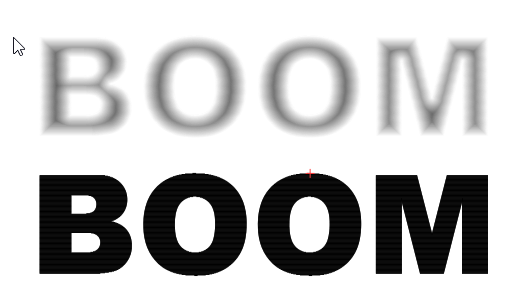 It’s tough to see the effect in 2D, but the shading is used in combination with min/max power to adjust the depth of the engrave, so the centers of the letters will engrave deeper than the edges.

ok - I found that tool. any way to invert the ramp so the middle is higher, outer edge lower? What about something more like the first link I posted? or maybe a way to shade fill a font?

There is not a simple way to do that, unfortunately. The best way I can think of would be to make it an image in a paint program, and then engrave it using grayscale to vary the depth of the engraving. What you’re asking for it much more common with CNC machines using V-cutting bits (that’s what that image is from). To get a laser to clear the surrounding area with a nice smooth finish is quite hard.

Can the ramp feature be reversed

any way to invert the ramp so the middle is higher

There is not a simple way to do that, unfortunately.

And then explained with detail, and offered an alternative way to accomplish what you are after. Are you having an issue when trying this workflow?

But I understood this response

There is not a simple way to do that, unfortunately.

As @LightBurn was responding to

What about something more like the first link I posted?

Which was about this

Maybe a way to create shaded fonts so they will engrave in 3D when using grayscale?

Was because it sounded to me as this question

any way to invert the ramp so the middle is higher, outer edge lower?

Should have been asked as

To effectively keep the center raised and the edges darker/lower

Which would be the opposite/invert of

To me, could be wrong here, but if you have code that can shade light to dark from the edge inward. Then it doesn’t seem to difficult to reverse/modify the code to shade dark to light from edge inward. And possibly give an option to how you want the object shaded.

@LightBurn response seemed to suggest that getting a 3D look as the link to the picture above shows would be difficult to achieve. Especially with the hard line thru the center of the character.

And since we are talking about shading and 3D like fonts. If ramp fill could be inverted or be able to shade from an outward profile to an inward profile or vise versa then it would be possible to achieve a 3D like font as @Mecheng76 wants.

Have a “R” on the screen. Create an offset to the center of the “R” to. Then shade dark to light on the outside profile and light to dark on the inside profile.

Well, yeah. That sounds like exactly what you do when making a rubber stamp. The letters are high and ramp down (more burned away) as you get farther from the letter.
You just need to put a shape around the text that’s on the same layer. The laser wlil cut away inside that shape but leave the letters intact.

Here I took my text and used “offset” to put a border around it. I deleted the insides of the letters and here’s what it looks like on screen and in preview. Is this what you’re looking for ? 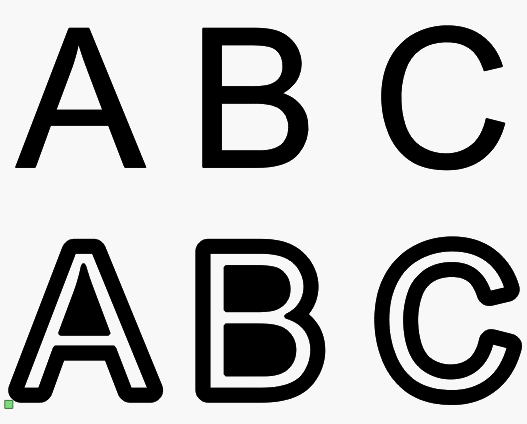 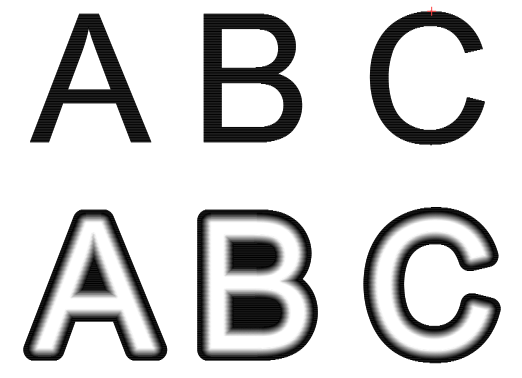