And the WOTY award winner is…

It’s anniversary time again and she has been voted Wife Of The Year for 16 consecutive years now!

This years WOTY award was wine glasses which I engraved weeks ago long before the “event” but hadn’t thought much about how to package them until a day and a half before it was to be presented.

I was just going to wrap them in some paper and be done with it, but then I was putting beer in the fridge and looking at the 6 pack carton and thought “wouldn’t it be cute to make a little 2 hole carrier”.
(I’d already consumed a couple of those beers so it seemed like a good idea at the time)

I sat down with a fresh clean Lightburn page and drew up the finger jointed box from scratch.
It was fun. A little head scratchin’ and a little 4th grade math. Don’t need no stinkin’ “boxes.py”.

I cut it out of Baltic birch plywood and shot some cheap white paint on it because that’s what I had on hand with such short notice.
I really had to hustle it to get it designed and made before the “award ceremony”.

I actually made the box thinking she might use it to keep some of her colored pens and artsy stuff in. I imagine the white paint will end up all colorfully decorated in a month or 2.
I also made some dividers that might be handy for separating pens & pencils & stuff but they just sit loose in there so can come out if not wanted. 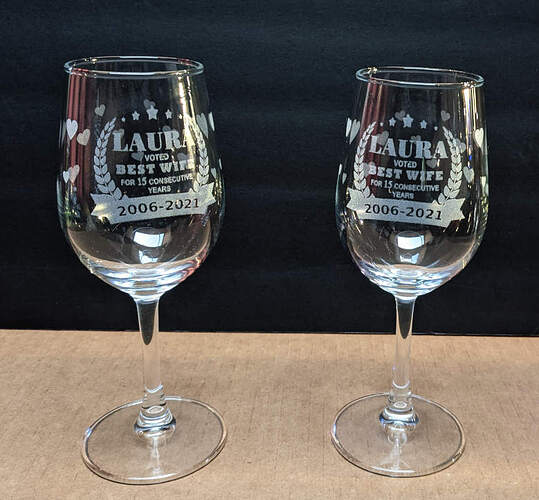 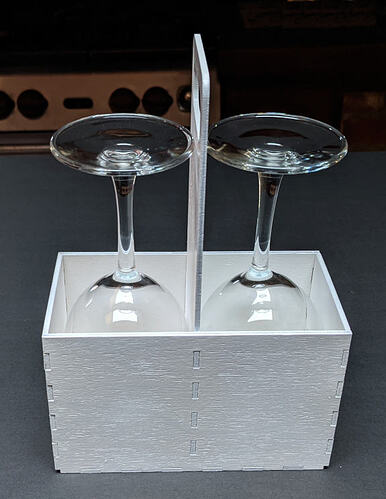 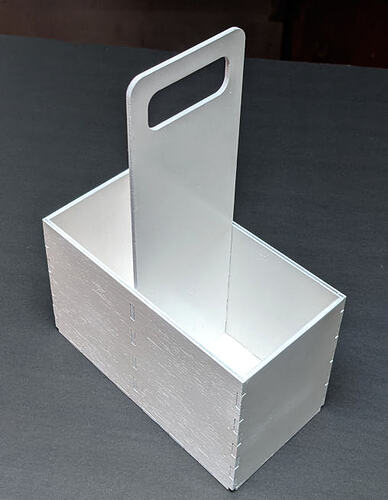 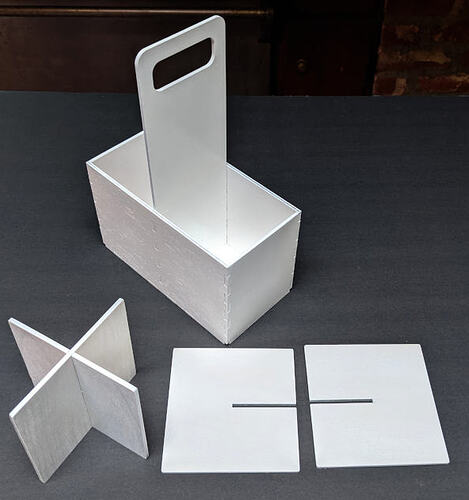 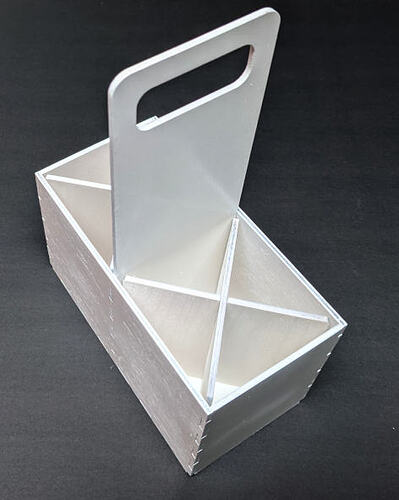 I’ll bet that gift is well received. It’s fun engraving glass and even more so when you can bring a smile along with it.

This brings to mind a comic I heard on DryBar a few days ago, “I’ve been married twenty-one years!” (Audience applauds) “Not consecutively.”

Congratulations on your wife’s long running championship. (Yours too)

Congrats…and thanks for the tip, guess my neighbours wife won’t be happy not getting an award from me this year.

Neat! And fast on your feet! Good job!