I keep having the same issue. After importing files I need to auto join the shapes but still, there are parts that will not join. It shows the full box around the objects but won’t actually fill them.
To further that, I tried using close shapes with tolerance and still will not fill.

Tried offsetting the shapes by 0.1 mm but still not joining.

What is the source art file format you are importing?

Oops, had it set to restricted

What tool did you use to create this original art? There are significant problems with how this art was built. There is nothing in LightBurn that can correct these source problems without a lot of work.

You could, however, recreate this exact look using only LightBurn and that may be a better approach.

I just did text around a spiral in Rhino, exported to DXF. However the problem persists regardless of which art vectors I use. DXF imports are the main way I bring in files. How do I get the lines to join if Auto join and Close path with tolerance will not work?

I suggest starting over as there are too many issues beyond simply trying to join or automatically close these shapes. Here is just one example from your file.

Zooming all the way in on one character you will see that the path is made of a bunch of dashed lines. I am finding 270 individual elements that would need to be addressed. 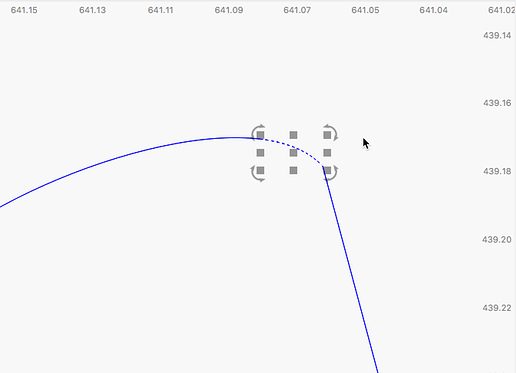 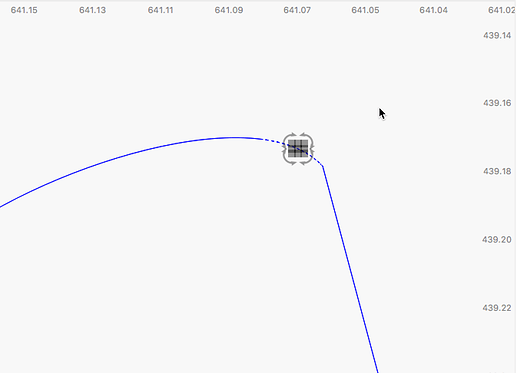 I am going to offer a workflow, from within LightBurn, to show how this look can be produced using LightBurn but it will take a little as I need to finish another task first.

You can ‘Apply Path to Text’ in LightBurn, so if you have a spiral vector you’d like to try, or I will show my suggested flow in a bit.

Edit: here is my quick attempt. Took more time to retype your text. I know this is not exactly the same as you show. I am just illustrating that this look can be achieved using just LightBurn. 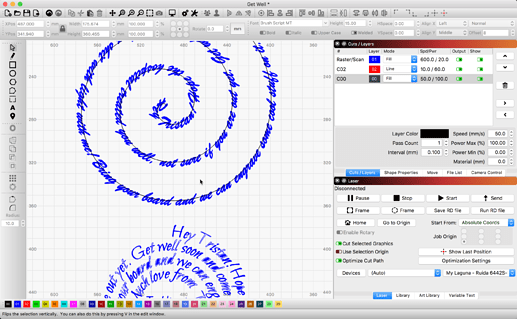 Thank you for your advice, however this will not solve the issue of DXF files being imported. If I receive a file from a customer and I need to auto join the shapes but it fails, then try to correct it with the closing with a tolerance and it fails too, then what? When I tried closing by a tolerance, some of the lines joined at 0.063 but others would not join even after 3-4 mm, which is not possible. None of the gaps are that large. So, why won’t lightburn be able to close them. I need to know for the future.
In regards to creating a file, (I read in another thread) that DXF has these issues, so I imported with AI and it worked. So If I create a file in Rhino, I can just go about it by that method.

however this will not solve the issue of DXF files being imported.

As you mention the DXF file format has caused issues to the point we need to add an entire section of the settings dialog to deal with the way they create these files. What do you have set here? 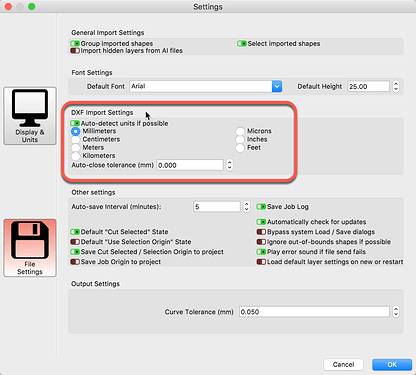 Looks the same except the tolerance was set to 0.01. Do you think that was the issue?

I think there’s just too many discrete elements to do an auto-join. That’s for a single open shape to become closed. 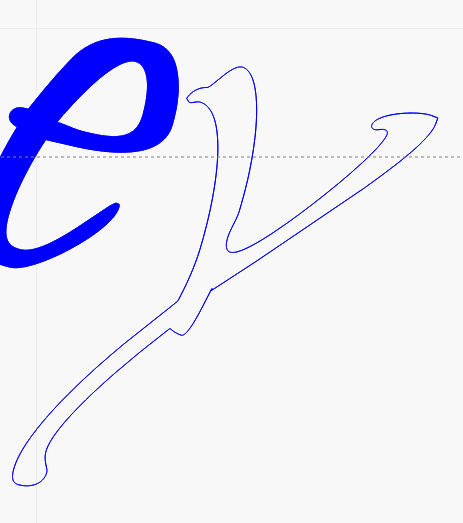 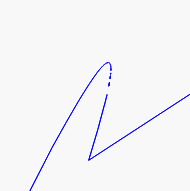 I deleted more than 25 extraneous lines. Many of them are very small - just a point in space.

After deleting all the extras, it closed up simply by joining the two ends. 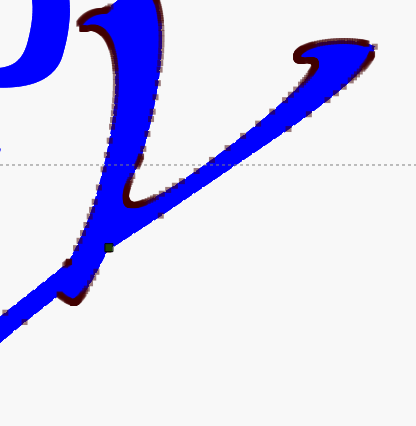 But you can see, a heck of a lot of points for a simple curve.

If you receive a file like that from a customer, educate them to give you a file that works - it’s their problem.

The problem isn’t necessarily the DXF format - it’s been around a long, long time. It’s that the shapes you are importing are overly-complex.

Thank you for looking into this. The workaround of using AI files or converting them to AI in Rhino will work for me. As you can imagine, going through each letter would make the task prohibitively tedious.
The import into lightburn seems to be the issue as DXF format works in all other CAD applications for me. In Rhino, each letter was its own vector(s) but in Lightburn it becomes many.