Lightburn 1.1.04
While preparing a test file for a future post unrelated to this issue I opened the Rotary Setup window to get a screenshot. Upon closing the window the job origin moved from the center of my drawing to the bottom. The actual setting in the “Laser” tab did not change.
This is a repeatable glitch. After saving the project I closed and reopened Lightburn, loaded the project, and everything was fine. Open and close the Rotary Setup window and my job origin shifted again. 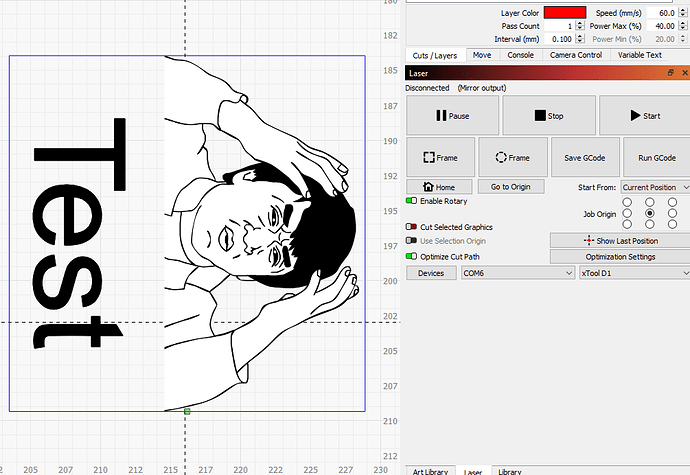 It just got weirder. After framing and starting the job I noticed the green dot had moved again. It engraved correctly, returned to the center, and still frames correctly. huh?

I have this as well. Doesn’t affect performance as you mentioned, but it is unnerving.

Do you have “Mirror output to rotary” enabled? If so, that’s likely why.

I don’t know why “Mirror Output” would cause the green dot to move. Shouldn’t it stay in the center if that’s the job origin?

Not a big deal.