Camera alignment. Pattern not being recognized

Camera is mounted on the top edge of small glass.

I cannot get the camera to identify the pattern to save my life.

Camera identified as a lightburn camera.

These pictures were taken with everything turned off. I attempted both portrait and landscape prints. 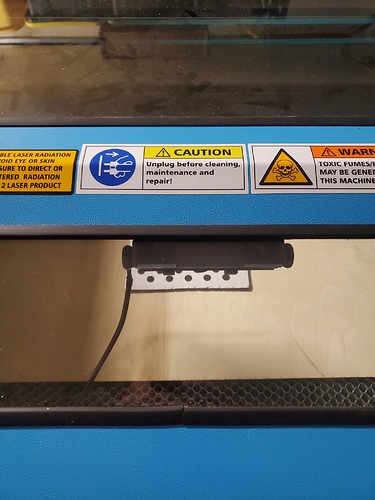 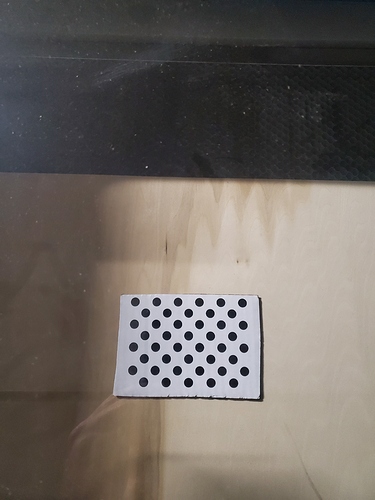 The most common problems people have with the lens calibration are as follows: Honeycomb bed is visible, confusing the circle-finding code. Cover the honeycomb with a bed sheet, cardboard, paper, wood, etc. Camera isn’t in focus. Focus the camera as well as you can to get a clear image. Calibration pattern is too small in the view - you want the pattern to fill roughly one of these squares for each capture: [image] Calibration card printed incorrectly - if it doesn’t have exactly t…

I tried both ways

I will upload more pictures later when I give it another go.

So, lid open, pattern on the bed?

I finally started gettingvsome results. However, I’m gettingvresults in the 400’s 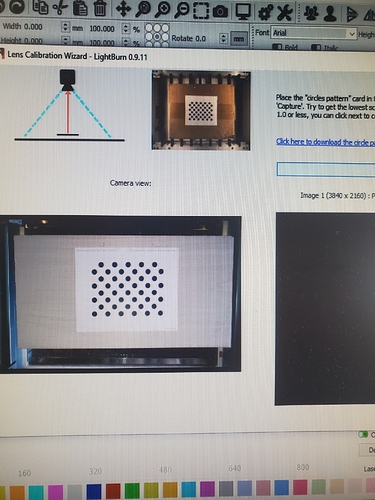 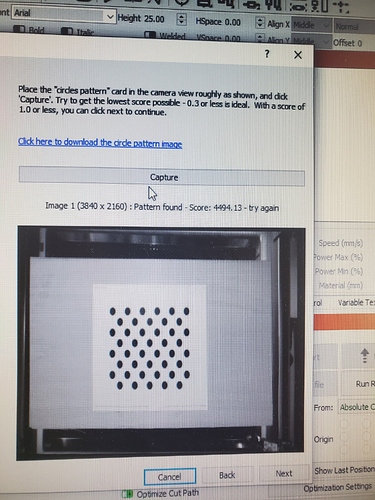 Finaly got to the alignment wizard.

Image is upside down, should it be that way?

How do I zoom with a track ball mouse?

I ended up eyeballing it without zooming.

Here is ehat I ended up with. Used a circle, set to fill to get an idea of how well the overlay centered.

Also shown are the settings I used to center the overlay. Also, whatvthe overlay looks like on the work space 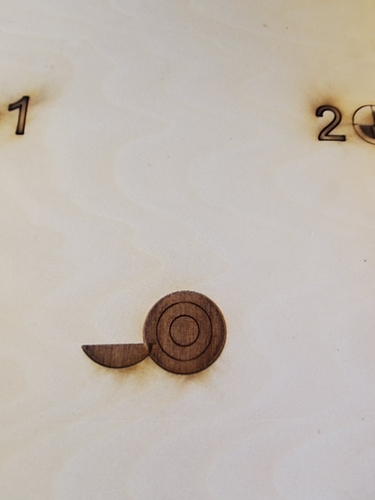 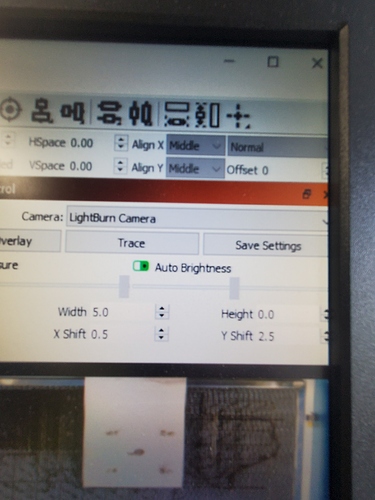 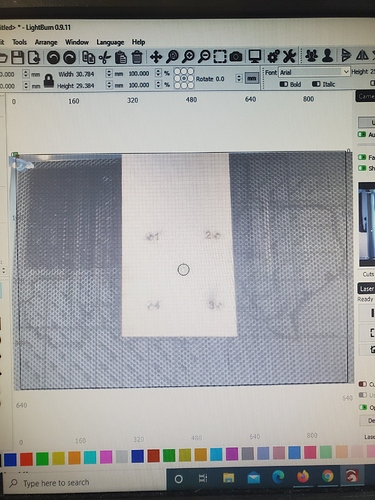 Image is upside down, should it be that way?

Which image? The one you’re tagging with the markers, or the end result? If the final result after you’ve been through the process is upside down, you tagged the markers out of order. If the preview or un-warped image is upside down, that won’t hurt anything - could mean the camera is mounted upside down.

How do I zoom with a track ball mouse?

With the scroll wheel, assuming you have one. I don’t think anyone has ever asked about this before, and I’ve never noticed, but we don’t have a way to zoom that screen otherwise. I’ll have to add some zoom buttons.

With the alignment pattern, you get better results by scaling it up as large as you can - it looks like you could probably run it at 200% scale, probably 250%, and that will help the accuracy.

I use an older Logitech trackball design that doesn’t have a scroll wheel.

I found some comments about scaling the image larger for better accuracy. Now that I have it “working” I’ll sort out a permanent USB connection and re-run the whole set up procedure. I feel that if I cut down the plywood backer I was using, I can get better results in the back corners, now that I understand the process and how it works!

My laptop trackpad does not have a way to zoom either. Zoom buttons would be a welcome addition.

I added them pretty much immediately. They’re in the currently posted beta already.