In an effort to try to improve my setup and understand the camera a little better, I re-calibrated my camera. I then used the position button and fired a pulse to see where it was actually hitting vs were it was compared to the image. Then I created a straight line by holding the left arrow and the pulse buttons on the controller - see attached. 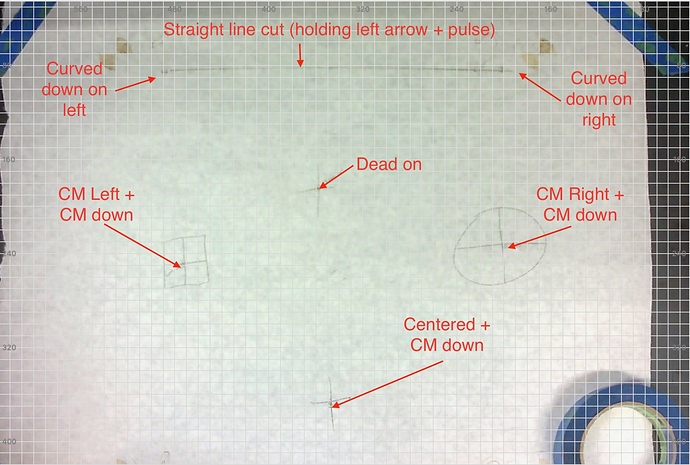 Try as I might, I cannot seem to get the distortion out of the image. About the center of the work surface, it is pretty accurate, but away from there it goes to hell. It’s not the end of the world, but it certainly could be better. I know there are corrections for width and height (plus shift in x and y) but I was wondering if something like the perspective crop tool in photoshop (I think that is what it is called) could be developed to tweak the distortion/lens correction?

I am open to suggestions for improving my technique aligning the lens.