Camera that works with lightburn

Dear,
I have ruida laswer with table 160cm x 100 cm
Run with ccd camera (4K camera with 16MB), but I found its very hard to cut contour precisely because the image from camera not so clear,
I want to try a dslr camare for lightburn, any suggest witch camera should i try?
Most RD Vision run canon camera. but I dont know if it will work with Lightburn.
Thankyouu

I found its very hard to cut contour precisely because the image from camera not so clear,

Have you focused the camera lens?

I want to try a dslr camare for lightburn, any suggest witch camera should i try?

I’ve not tried this but I know that Sony, Canon, and Nikon all have web streaming software utilities that will allow you to use their cameras as webcams. I believe they have this for both their DSLRs as well as mirrorless solutions. I don’t know if they do this for all their cameras so I’d suggest you check that any specific model you’re interested in is supported.

However, I don’t necessarily know if this means that the camera will appear in LightBurn and work as I’ve not tried it.

One other solution you may want to consider is to convert an old cellphone to use as a webcam. There are apps that help you do this. Again, I’ve not tried this but theoretically this should work and may get you the quality that you need. There are solutions that allow for WiFi or USB connectivity.

Yes i did focus the lens, it still blurry to detail,
Iv tried amdroid with droid cam, it works but still cant get precise cut, not sharp enough to trace and cut shapes below 4cm…
Its hard to get clear image when i have to zoom in… hope with dslr will get the clear and sharp image to trace, any idea?

not sharp enough to trace and cut shapes below 4cm…

You’re attempting to use the camera for tracing? You’ll need really good optics and lighting in that case if you want anything close to reasonable.

hope with dslr will get the clear and sharp image to trace, any idea?

I have no practical experience with using a DSLR or mirrorless on LightBurn so can’t say. In general you should be able to get great optics for those cameras but not sure how that will translate to practical usage.

If you already have a camera you can experiment with then a proof of concept should be fairly straightforward.

I’ve asked internally but I haven’t personally seen anyone use a DSLR with LightBurn’s camera integrations yet - I’m eager to hear how you make out. 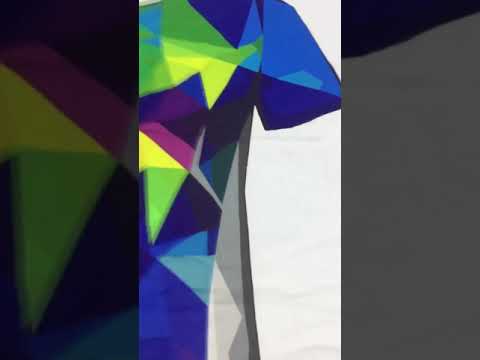 I need to cut like this video,
Its with canon DSL–R camera
Is lightburn able to do this process?

You can do Print & Cut without using the camera. If cut accuracy is very important I suggest you use that rather than attempting this with the camera.

Can’t do print and cut, its because the fabric had shrinking during the sublimation process, its no absolut value how much it will shrink, mostly 1-3 cm.
The file and the result will be different, and fabric its not rigid

How accurately do you need to be able to cut? What is the tolerance level?

That’s fairly tight given your situation. What are you getting now?

Almost 1 cm, 5mm-10mm
The problem is the trace result not too good,
When it should be a line then it cut more ziggy,
Not a stright line cut

When it should be a line then it cut more ziggy,

That was my fist impression of what would happen when you mentioned it.

Could you use the camera to align a pre-designed shape that’s slightly shrunk to accommodate the sublimation process? That way you wouldn’t be dependent on the quality of the capture for the outline shape.

You’re basically dealing with 2 separate but related issues at that point:

Going to a DSLR type solution may with both but will not necessarily solve the second condition. That’s going to be more about lighting and contrast assuming you can get it to work. So perhaps try to address the first problem and then tackle the second.

Can you borrow or rent a camera to test this? I’d suggest looking for a sharp high contrast prime lens, rectilinear if you can afford it.

Thx for the clear answer
I had tried few time using print and cut
But it always changing depend on how many cm the fabric shrunk, so it takes more time to do the job