First off I think Lightburn is a super program and the support is amazing Thank You. 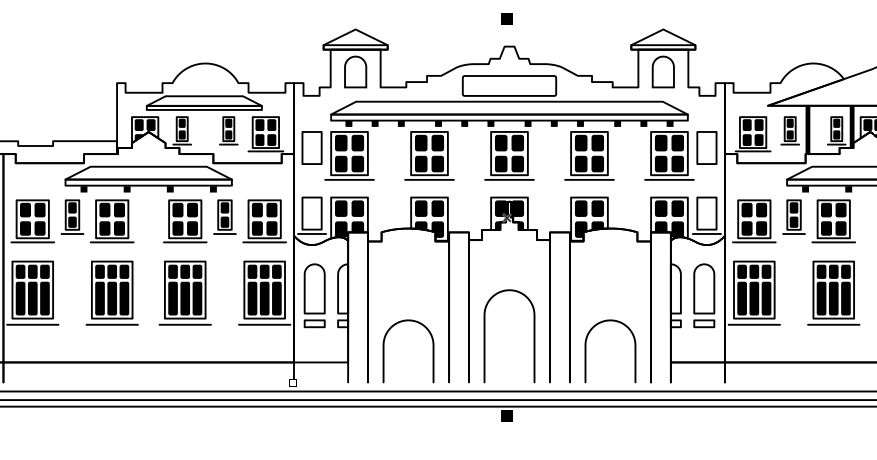 Coreldraw 2019877×460 17.5 KB
Design in Corel all outlines are filled. I have tried exporting as SVG and DXF. Results in Lightburn shows varing outlines not filled. I tried view style filled/smooth

I’m far from a wizard with Lightburn, but I have the magic wand from Henry Porter.

One feature of great value in LB is the “select open shapes” which will do as described on the tin. You could also use the auto-close open shapes if you are confident that the previously selected shapes will not be destroyed in the process. Control-Z is your friend.

I have tried several times, still not sure of your parody to my question but I appreciate any suggestions from others with experience. As I feel I am missing something. I tried opening in inkscape and it opens same as corel, perhaps Oz can refer to his group on this issue. Again Thanks.

If you’d like to attach the lightburn file, I’d be happy to take a look at it for open shapes and post the process I used. It’s one thing to create a solution, another to assist the understanding, making the answer more valuable in the future to the operator/creator.

Origination was imported from Inkscape as SVG.
Hotel LB.lbrn (1.1 MB)
Thank You.

overlapping vectors need to be welded together

Perfect! Your help is appreciated. Many Thanks. 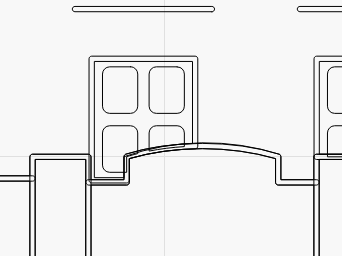 One image is after ungrouping the entire document, just because I’m too lazy to narrow everything down to one specific area and I don’t think it hurts in this exercise, then selecting the right portions to join and using the Boolean Union option to combine them. I used Weld first, which worked for one pair, but did not work for the second selected pair.

The other images is the mirror of the first and is the unmodified section. You can see the overlaps of the different components, which confuses the computer software. 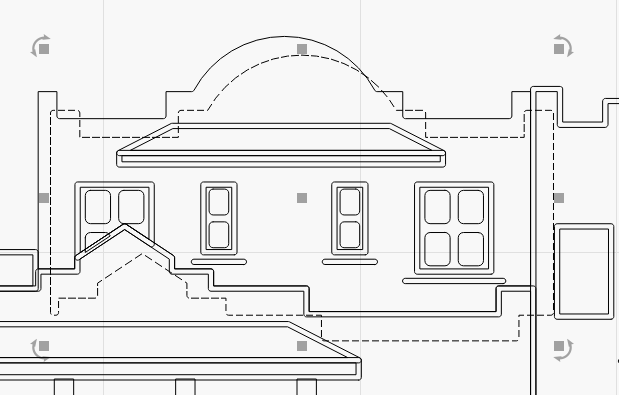 I also noticed a number of “extra dark” lines and selected one, then moved it away. The underlying shape remained, indicating this was another set, which can complicate your cut/fill project.

You can see other locations in this same clip, where a rectangle joins with a roof line.

My practice when discovering dark extra lines is to select one, move it. If there is an intact shape below, the selected/moved shape is deleted. If the move causes a failure, Control-Z puts it back in the correct location and lets you select another.

I’ve noticed that some of the extra dark lines are simply overlaps and those can’t be deleted and it makes performing the Boolean Unions all the more challenging.

There’s a feature in the menu for deleting duplicates, but it reports no duplicates found. My third image may not be a true duplicate after all.

The complexity of this image is such that you may have to use node edit features to achieve the objective. I attempted to create a useful union on the peak of one roof, but it’s too many pieces in the wrong place to accomplish easily.

Lightburn’s node editor is even easier to use than Inkscape’s and should work well.

Thank You for taking time to figure out for me.

A quick test for “are there overlaps” - if you select something but you don’t see an animating marquee, it’s because there are two in the same place. One of them is animating, but the other is filling in the gaps.

Duplicates will cause issues with fills because they cancel each other out - it’s like making the hole in the letter O the same size & shape as the outline - all you’re left with is the hole.

LightBurn’s duplicate removal tool requires that the shapes be basically the same - same nodes (within a small tolerance) and same shape types (line / spline). If you created a square, then duplicated it and inserted one extra node, it technically isn’t a duplicate of the one it sits on, even though visually they’re the same. This is something that will get addressed, but it’s much more complicated to write.

Everything Fred said here was spot on, so I don’t have much to add.