I am facing some difficulties as some vector files working fine with Epilog laser/ system. Taking the same vector the curves relate in kind of a zick zack. I have tried many things already but not able really to make any progress.

I saw that in some older versions it was possible to adjust a “curve tolerance” but did not find it. Further I have tried to optimize the vector in lightburn, Corel Drwar same as Adobe illustrator but did nit help at all.

In the preview it looks fine. The laser in general works also fine but as mentioned have some issues with vecotrs which I dont rally understand.

I am very thankfull if anyone can help me asap.

Thank you so much
Andy

Which Ruida controller do you have on your OMTech?

I believe that the GRBL / Gcode defines arc tolerance in LightBurn, and defines it differently for framing.

I seem to recall that Ruida holds arc tolerance in the controller - With a controller model number it wouldn’t be too tough to verify one way or another.

Still pretty new to Ruida myself.

Thank you so much. Tried the curve tolerance but did not work unfortuntly. Strange when using low speed the curve is fine but with higher amount of speed this zic zack appears. With some other curves and and circles is no issue using very high speeds

Can you take a picture of what you’re seeing? This sounds like a machine wobble issue, which isn’t uncommon at higher speeds on the cheaper Chinese import machines. There are few different things that can cause it. 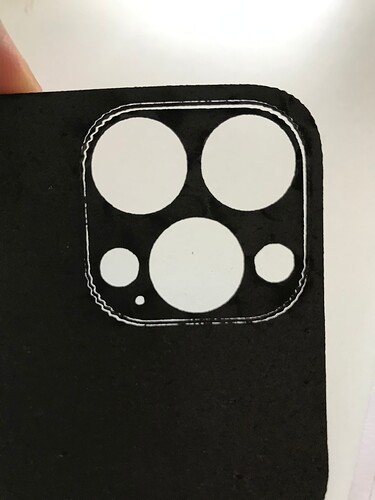 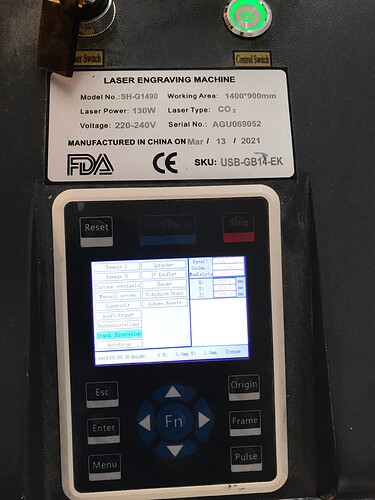 What speed are you running those at?

I would have the same thoughts but curves are no issue when doing other curves and circles at very muchhigher speeds. I tried also to smooth the files

If it’s mm/sec, then you very likely have something loose, like a belt, bearing, lens, etc.

Can you post the file that you’re trying to run here so we can have a look? It’s possible the issue is in the file itself.

What does “Curve Quality” actually do? It’s under Display/Graphics, and the Preview window doesn’t seem to show the splines any differently, so I presume this has no effect on the actual cut. But I don’t notice any difference in screen graphic quality of Curve objects either.

[EDIT] - realized I misread the above. I was describing curve tolerance below.

Curve quality indicates the level of precision for drawing curves. I believe this is only for display.

Curve Tolerance:
I believe that is the maximum allowable deviance for the approximation of curved shapes when generating code for output.

Curve Quality is just for the display. It’s subtle, but it sets the maximum allowed error when drawing Bezier curves on screen. The lowest quality is still quite good, but will render with fewer line segments, making it faster on low end hardware.

Hmm couldn’t see any degradation on screen with it set to “Low” with lots of sharp Bezier curves inside a tiny 1mm box, let alone on normal sorts of curves. That’s all great, no complaints about retaining curve quality on “Low”. Is there any catch, like it might only reduce the graphics when there’s a LOT of curves on screen?

Here is the file, left is already a smoothed path, right one not. Bith have the same topic when using speeds above 40 mm/sec. Slow speed no problem. But as mentioned other files are no problem. Would just like to understand the issue, thank you so much

I think what you may be dealing with is that the rounded corners aren’t really curves but rather a series of straight line segments. I suspect your laser is having a hard time with these.

One spot where you do have a curve the curve is actually oriented inverse of what you’d expect. Highlighted in yellow. 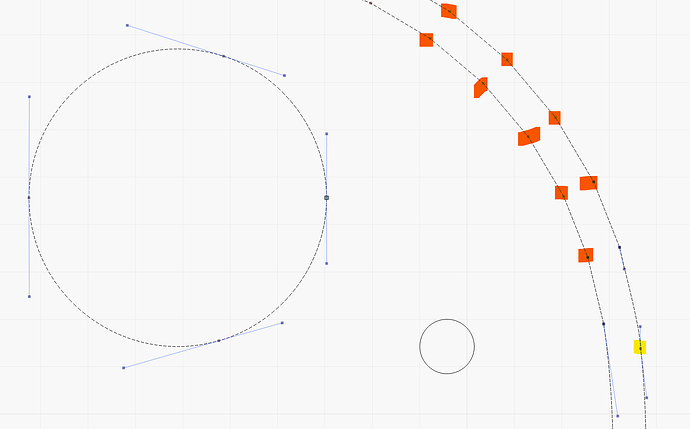 Thank you very much. I guess youbare right. Is there any tool you can optimize this easily? I tried smoothing also in illustrator but its easy to change the dimensions when getting to crazy

Can you simply create and retain it as a bezier? Then allow LB to handle the curve rendering.

How are you generating this design? This would be trivial in LightBurn by creating a rectangle and then using the corner radius property within Shape Properties.