Is it OK to cut ABS sheets with a laser? Also 3M automotive adhesive?

ABS generates dangerous fumes. The adhesive remains uncertain. If you can get an MSDS sheet for the stuff, you will have a better idea of the contents, to enable additional research.

That’s what I was worried about, to bad I don’t have a CNC machine, it would really come in handy.

Do you know of another material like ABS that doesn’t hunt off said gases?

This will depend on what you’re trying to do. Acrylic is typically the most commonly cut plastic with lasers and is generally considered safe. You don’t want to be inhaling the fumes in any case.

What type of projects are you planning to do?

Don’t cut PVC foam board, it’s worse than ABS for dangerous fumes.
Acrylic is a common product, as bearinlb has noted. I’ve read of Corian being used for engraving and cutting. Some of the stuff I’ve read says it cuts cleanly and looks great, other stuff I’ve read says it blows off abrasive particles. That’s not health dangerous, but is machine dangerous, if the material is abrasive (I don’t know) and gets in the rails and other lubricated locations.
A local art event had an artist with tons of the stuff, all cut with a scroll saw. I was a bit disappointed, as I wanted to ask about the abrasiveness when used with a laser, but his work was all done by hand/scroll saw.

I haven’t tried with ABS, but I’ve had good success laser cutting templates in acrylic and wood, and then using those templates with my router to make the final part.

If you can CNC ABS, then I would think a laser-cut template and router should work well too ??

I am trying to make sill plates for a car. I don’t have access to a CNC router so my laser is my only option. 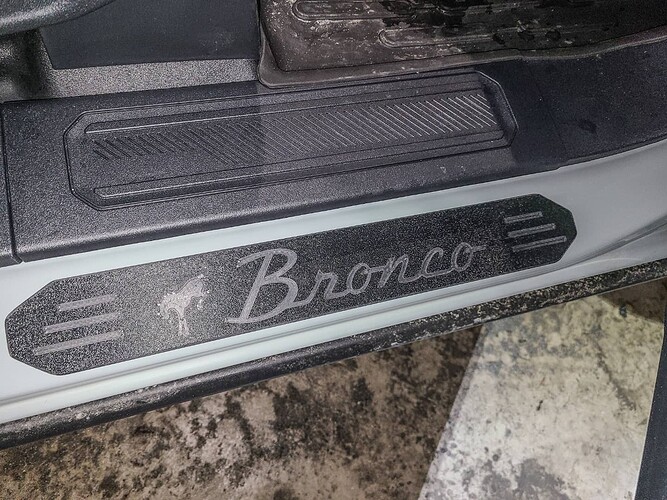