Engraving a line Laser make an hole at the end

Hi!
I have an issue … while engraving lines the laser pass the material at the beginning and at the end making a small hole … seems that i this point laser use the full power and at the end takes a lille long time to turn off…

may someone can help me ??

Do you have ‘cut through mode’ turned on, in your cut settings? 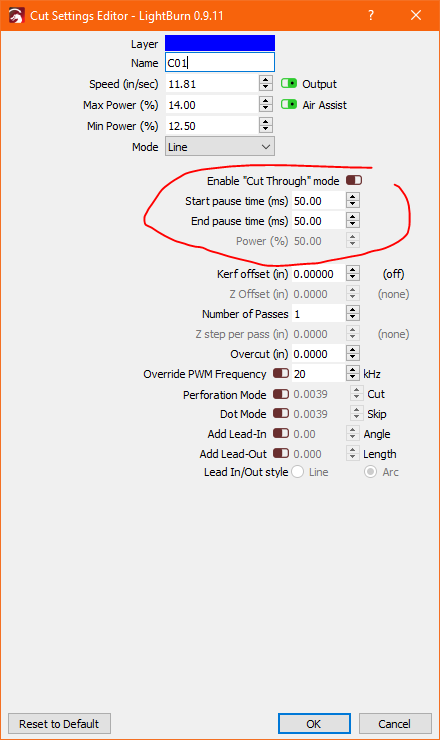 Most likely you have an old version of GRBL that does not allow for speed-variable power. Newer versions of GRBL, from 1.1f and up, raise and lower the power output as the laser speeds up and slows down, so they don’t produce hot spots at sharp corners and path starts / ends. Older versions of GRBL do not have this option.

Hi!
the Cut through mode is off… 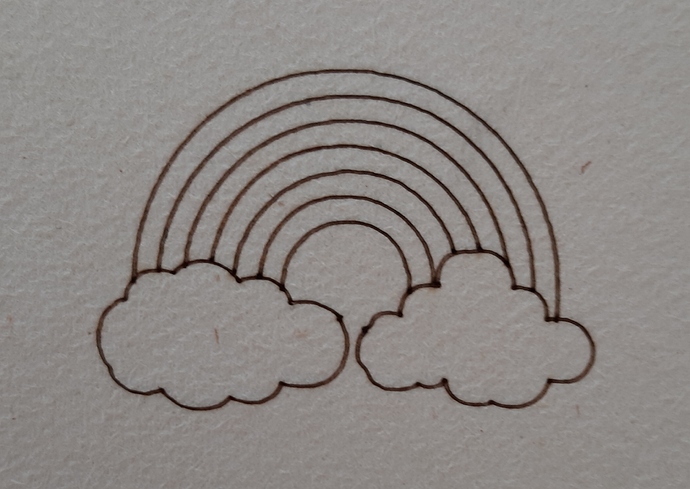 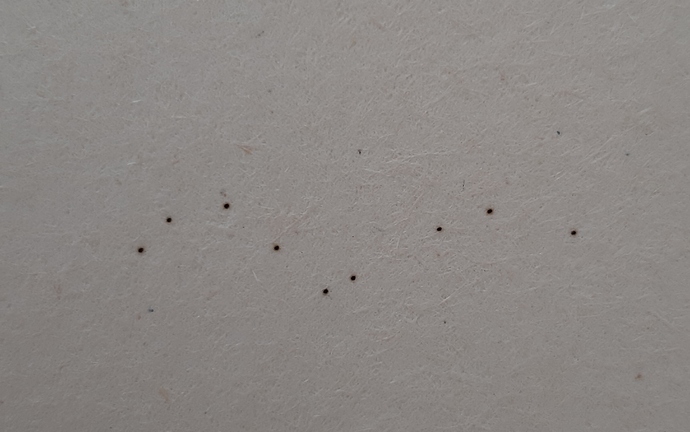 1.1z is not a standard version of GRBL, so chances are it doesn’t actually support laser mode / variable power correctly. GRBL’s highest ‘public’ version is 1.1h. Was it installed on the board when you got it?

I have to install the h one? How I can do that?

That’s not what I said - I asked if it was installed on the board when you got it, and what board that is. I can’t possibly tell you how to install new firmware on a board when you haven’t even told me what it is yet.

This is the board

That’s not even all of the board. And it’s blurry. Identifying text like model numbers, serial numbers, closeups of the chips, are all things that would help in identifying this.

Much better, thank you. I’m not familiar with this board, but I suspect someone here will be able to identify it.