Hi, I have engraving problems in LightBurn.
In the photo, engraving made with the same settings, but in different programs.
How and where should I change the configuration in LightBurn to get the result like in LaserWeb?
The essence of the problem is that the engraving in LightBurn has a “spherical” shape and charred edges (overscan does not help). 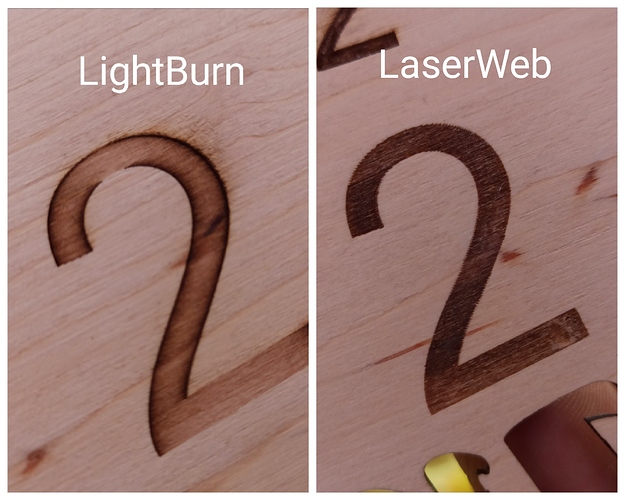 The image in LightBurn looks like you do not have overscan enabled, and you are using constant power mode (GRBL-M3) instead of variable power with laser mode enabled.

What version of GRBL are you running? Your profile says “1.1” but there are significant differences between the various letter versions as well. 1.1f is recommended, with $32=1 (laser mode enabled) using the “GRBL” driver in LightBurn instead of GRBL-M3.