I have a co2 laser in my shop, but today i learned one of my acquaintances has a fiber at his phone repair shop. And barely knows how to use it beyond basic operation with templates, glass removal. He had trouble importing SVG files into software, i helped him with that (by steering him towards DXF).

This is the laser he has: 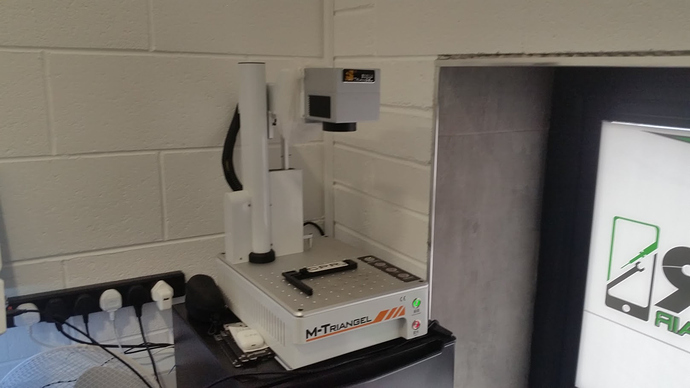 As he doesnt know anything about it besides its 20-25W, can someone tell me about it ? What is it capable of ? Engraving glass/metals ? Color change engraving ? etc. I personally have absolutely no clue about fibers.

Any good resources i should go to for very first steps in using this laser ?

Also, any other software besides supplied “Sjt Tech-Cloud” one ? I know LB doesnt work with fibers yet, but maybe there are alternatives ?

This is the software he was given by seller: 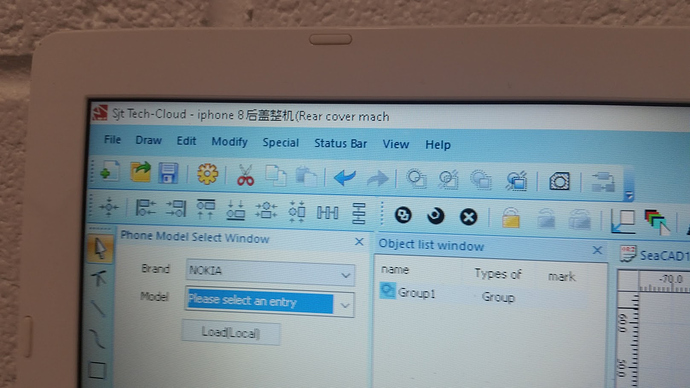 I can’t be certain but I was told it runs a slightly modified version of EZCAD. EZCAD is probably the most common for Fiber lasers.

…coming from LightBurn… everything ?

EZCAD has a hard time with DXF’s. Either they don’t show up or they can crash the software and closes it. Funny that you can load the same DXF and sometimes it loads then sometimes it crashes.

Have you experienced that as well?
I would love a Lightburn for fibers myself.

Lasers owner tried and failed to import SVGs, i tried and failed too, so moved on to dxf, which imported and filled. Native software is extremely bad at handling anything needing filled. Even if i do get dxf to import it just might crap out trying to fill it for lasering…

At this point i’m just trying to figure out what software i can run with it at all. No idea what controllers are used for cheap fibers, no info on what software is out there, what is compatible with what, etc…

I did this on black anodized aluminum with my 30w fiber laser. 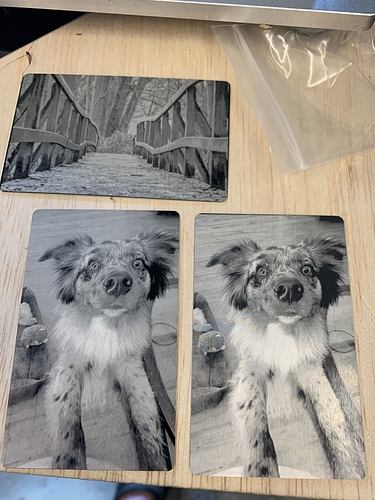 I used EZcade not the best but it works.
Try a AI file.

AI failed as well. Tried multiple versions of it, only the ancient one imported and promptly crashed at filling. Tried multiple designs, only the simplest ones will fill, as if it cant handle big curve count or something to that tune. Where do i get EZCad to try ? Any other software i should be aware of for running fibers ?

@Prometheus - i tried to straight up import a bitmap and run it out only to find it doing “minecraft” - 3mm chunky pixels. Tried to do “fixed dpi”, didnt change a thing, still running in minecraft mode. Bitmap is of high contrast (bw logo in 8bit form). I’ll try to get a sample run out tomorrow, as i dont know how else to explain it being ignorance incarnate at fibers.