Thanks for the addition of the User Script Gcode sections.

The end gcode gets appended properly, but not the start gcode.

How do you mean? Can you show an example? (The incorrect label has been fixed already)

Here is what I entered in the Machine settings: 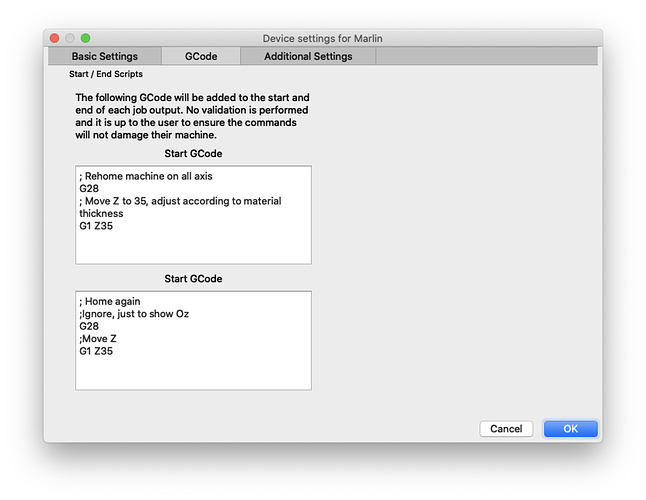 It’s likely because it’s Marlin, and the gcode generator for Marlin emits a different header. Adam probably missed that when adding the prefix code.

For what it’s worth, your header will not be compatible with ‘Current Position’ mode, as all moves in that mode are relative, and your Z will be overridden unless you’re using ‘Relative Z Moves only’. Absolute Coords and User Origin will work fine.

This is fixed for the next release.