Similar to a lot of people who build a pen plotter I ran into problems controlling a servo with the Gbrl software.

After trying the available options with no succes I came up with a fairly simple solution.
That is to monitor the D11 (spindle/laser) pin and then use the D9 of a separate Arduino to control the servo. I used an Arduino Pro Mini which I had laying around other boards will work as well.

This way you can use the original version of Grbl without modifications (Grbl 1.1h).

If you’re interested here’s a little video and a link to the code. 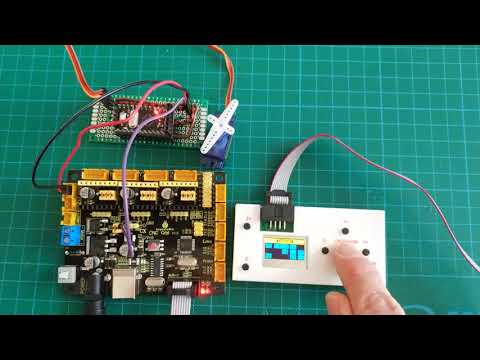 An interface between a Grbl Board and a servo. Contribute to Sephen/grbl-servo-interface development by creating an account on GitHub.