How do I node edit? Cannot add nodes or edit them

I use node editing all the time in my cnc software. All I have to do is click “node edit” and the nodes appear. I cannot get LB to do anything related to nodes. This should not be very difficult but it is apparently far more difficult than my other software. If I have to draw everything in my other software and import it to LB, why bother? I’m sure I’m missing something??? What is the little symbol that looks like a fan when I hover over node edit?
It shows "ctrl/fan + " " What is all of this? I’m used to just right click, node edit, edit, done. I am trying to draw a shape that is 47mm at the top, 44mm at the bottom and 25mm tall. If that is difficult maybe I’m looking at the wrong software with LB.
Thanks for any help.
PS. I’ve had this trial version for 10 days now and have yet to get it to even home my laser???

If it is grouped, it won’t ungroup.(still no nodes after hitting ungroup)

All I am trying to do is draw a simple shape 47mm at the top, 44mm at the bottom and 25mm tall. I started with a rectangle 47 x 25. If I can just move the bottom corners in 1.5mm each I’d be done. That is how I would do it with my cnc software and the entire process takes about 10 seconds.

After you make your rectangle, convert to path.

Thank you!! I now have nodes. Is there a simple way to move them exactly 1.5mm?

Go into setting and adjust these. 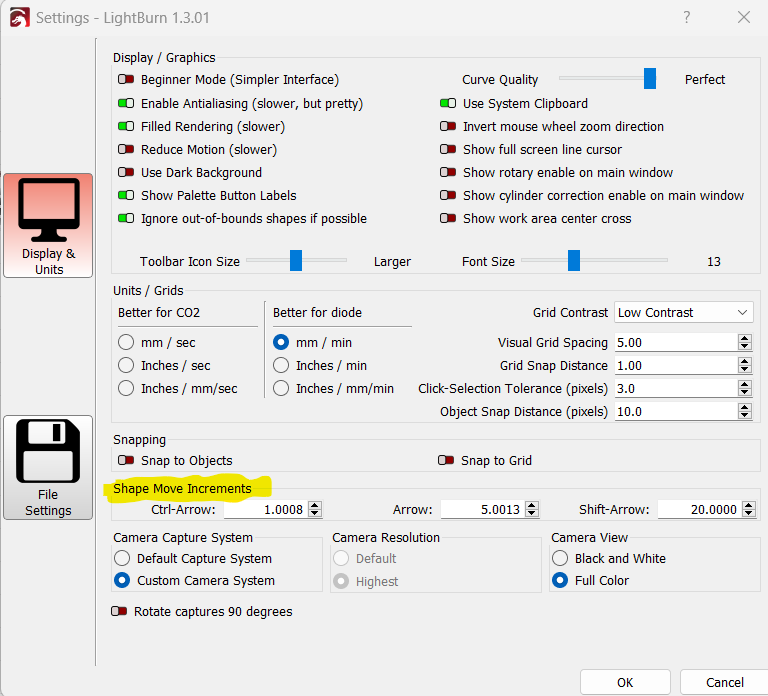 One more thing. could you please tell me what this is and what I’m supposed to do here. I don’t have a key on my keyboard that looks like that.

I have no idea on that one. But on my HP laptop the key to the left of the “1” works for that. I think it is called tide??? But it don’t look like that.

I am also using an HP laptop and I don’t believe I have ever used that key. Yes, it looks like a little wave so Tide it is. Thanks again Mike.

That is the key used if working from a Mac. Equivalent to Ctrl key on Windows.

Whats a mac???
Just kidding. I know I have seen it before, but my brain never connected to mac.

Because we support both, you will see both Win and Mac key clues in software, documentation, and video content we produce to assist folks with whichever OS they are working.

I used to be able to respond to “whats a mac?” with, What’s a computer virus?

I cannot get LB to do anything related to nodes.

We heard our documentation has been found to be worth review,

Note that built-in primitives in LightBurn, like Text, Ellipses and Rectangles, cannot be edited without converting them to a generic path object first using Convert to Path. 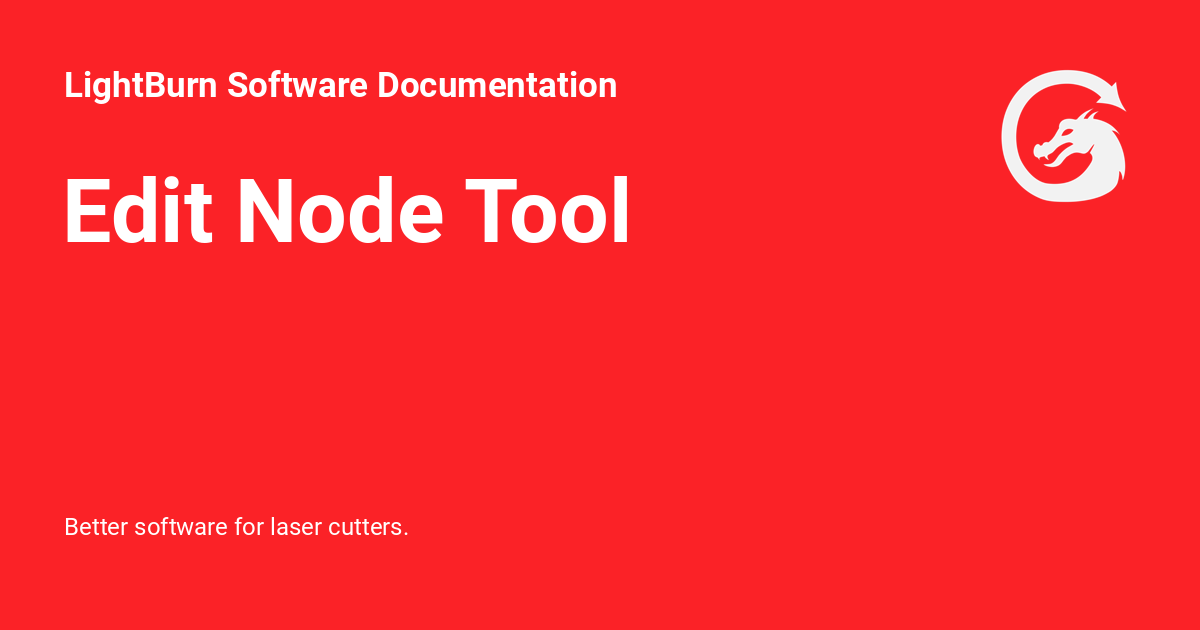