In general, unless you are experiencing exactly the same issue as the original post, on the same hardware, it’s best to make a new post. That way, they don’t get notified about replies that have nothing to do with their question, and vice versa.

Can you show a screen shot of your camera control window in LightBurn?

There’s a switch labeled ‘Show’ that has to be on for the background capture to show up, and you have to click the ‘Update Overlay’ button for the system to take a capture and show it. 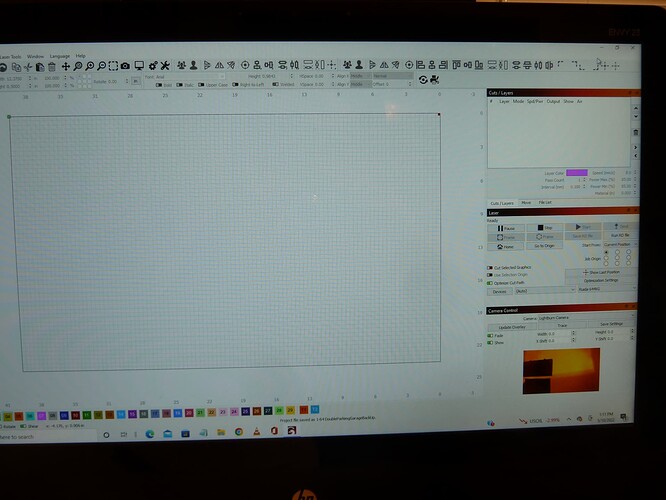 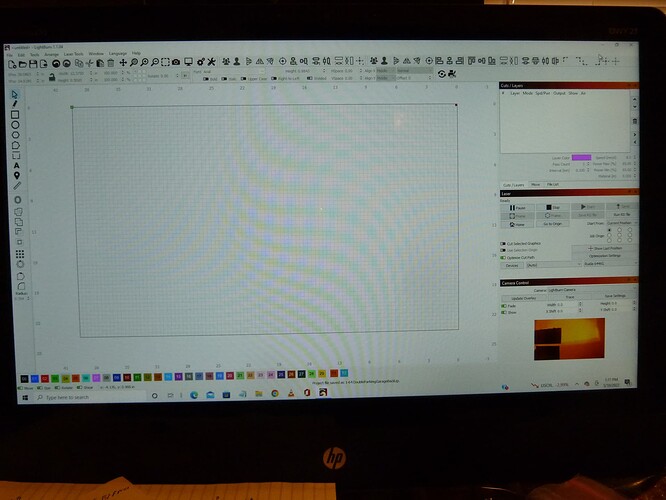 P11807771920×1440 148 KB
Ok I will be sure to start a new thread in a situation like this next time. The show switch is on and was on when I checked and I have tried the update overlay button previously and tried it again there is a quick flash across the screen in Lightburn like it is trying to come up but it doesn’t show. Is it possible I did something during the calibration that caused the problem because it worked before I did the calibrations? Thanks Terry
LightBurn (Oz) May 10, 2022, 7:44pm #4

Which calibration did you do? (I’m wondering if you did the Head-Mounted camera alignment process by mistake)

Yes I did, I looked over the Lightburn instructions first then I did all 3 lens calibration, camera alignment and head mounted camera. Fist time I have calibrated a laser camera my Glowforge came with a factory installed and adjusted one. Is that the problem? Terry

The head-mounted camera calibration is the problem. Once you’ve done that, it won’t behave as a normal camera any more - ‘Head Mounted’ means it is mounted to the laser head, not a fixed position in the laser.

If you delete the laser from the device list and re-add it, you can redo the lens calibration and normal camera alignment, and that will work. Alternately, if you click File > Export Prefs, save the file, rename it from prefs.ini to prefs.txt and attach it here, I can manually fix it, and send it back to you.

Ok, I removed and re-installed the laser and as you said that worked. I have 3 lasers 2 of them use Lightburn so I will keep that in mind for the other one as well each has it’s own Lightburn software so no conflict there. I will get it calibrated again the correct way this time. Thank you very much for the help I really appreciate it I had no idea how to fix it, Terry