As you can see in the picture, I would like to join two lines of different objects to spend less time cutting. For example, if I have two parallel segments (from different objects) that are straight I could move the objects to make them coincide in the same place.

I thought that there was a tool in lightburn to achieve this but I cannot select it (it’s not clickable).

Am I doing something wrong or it’s not possible?

If you select just one of the objects and then grab it by the corner and then drag it to the object you want it to butt up against, it should snap itself into place. And then I believe you have to select “Remove overlapping lines” in the Optimization Settings in the Laser window before running it. You can always play the preview before the run just to make sure its going to do what you want it to do and you dont waste any material.

Thanks, but I’ve already done what you suggest. I’ve also seen in the preview that the line is done twice even with the option “Remove overlapping lines” selected

hmm. I just tested with two basic squares, with the remove overlapping lines selected and unselected and it worked as one would imagine it would… How about select the objects and go to edit and convert to path? i had to do that for the square test i just did to work.

Done, but same results. I’ve selected “Show movements” in the preview to see if the laser moves over the line without working but what I see is the line done twice. 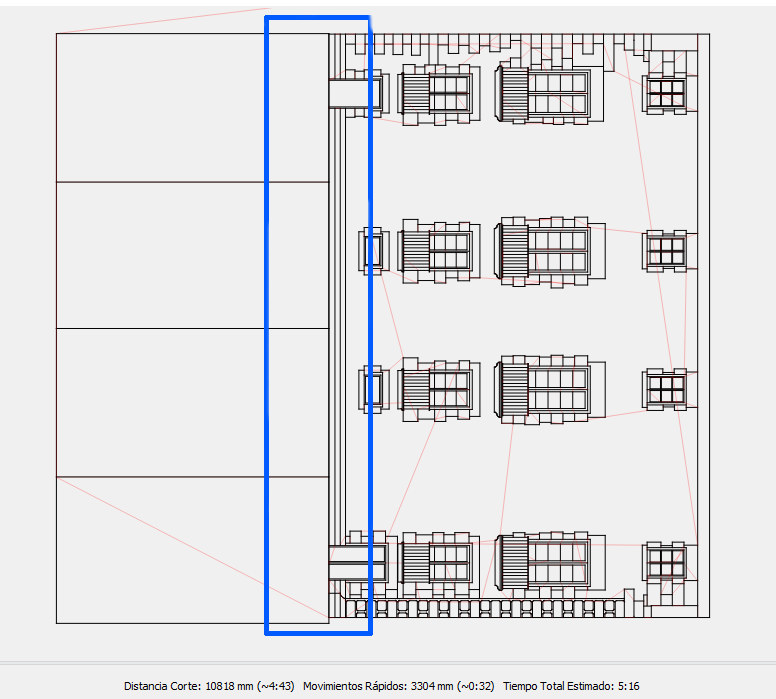 If you care to send the lightburn file id be happy to try and figure something out for you.

It’s a design made by a client of mine so I can’t share it. Anyway, a (not very fast) solution is importing the files to Inkscape and join the objects.

BTW, do you know why the tool pointed in a blue square in my firts capture does not work? I mean, why I cannot select that tool?

Ok this might be a shot in the dark here, but I will post it anyway.
The tool does not work for me when only selecting one element in the drawing area. When you select two elements you can use the tool. It makes sense of course, since you need two elements to align them.

Since you seem to have selected everything in the drawing area and the tool is not clickable, could it be that you imported a SVG (or any other graphic) from Inkscape which is grouped to just one object?

The overlap removal only works if the two lines are very close to an exact match - same start and end points. If one line covers the other, that isn’t removed at this time, but is a planned addition.

Ok, LightBurn, hope to see this new feature! Thanks for your work.

I’ve implemented this for the next release:

Remove overlaps can now handle lines that are fully covered by other lines. It still won’t catch partial / offset overlaps, but it’s much better than it was. 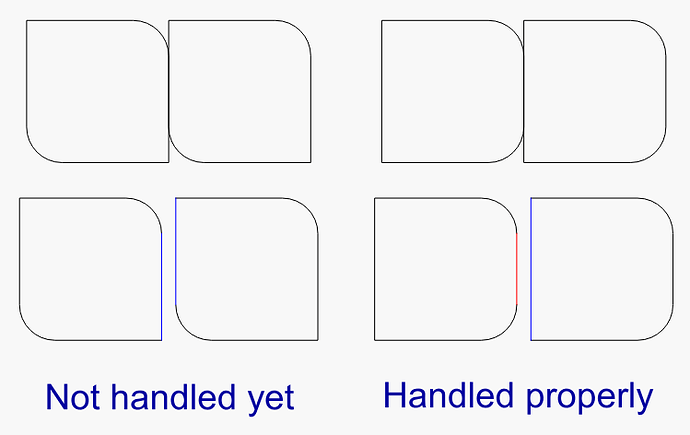 In this image you can see the difference. On the left, the overlapping lines (in blue) are offset from each other, so neither one completely overlaps the other. This case is not handled yet. On the right, the red line is completely covered by the blue line, so the red line is removed.

Grrrreat! This is a really usefull feature, even more in big projects. Thank you for implementing this!