Please explain how would I complete this cut using lightburn camera… 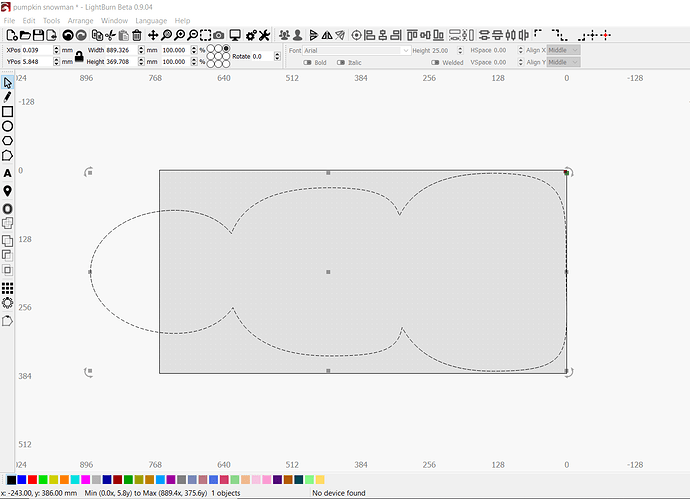 The camera could help you align that, but I’m not sure it would be as accurate as you’d want. When doing large jobs with my CNC machine, I used registration marks on the job to line up the work so the two halves align exactly. 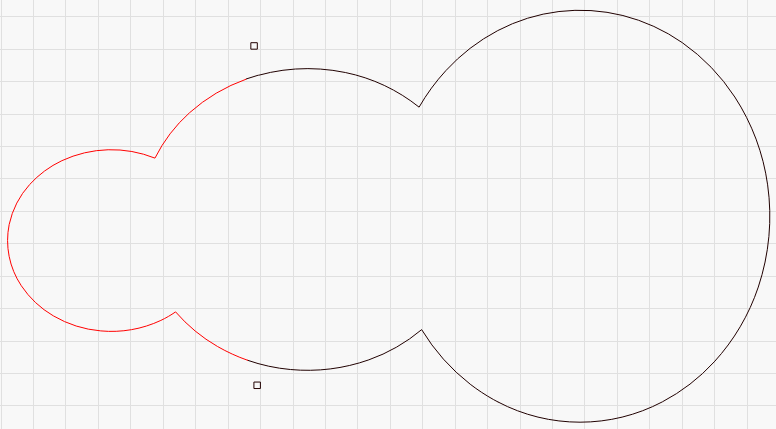 Select the top square and click Arrange > Move laser to upper left of selection. Use the red-dot pointer on your machine to line up the black square you already cut with where the laser head is now. Do the same for the other square, trying not to move the top one. Repeat this once or twice until both squares are exactly right, then cut the 2nd job.

Does this make sense as I’ve explained it?

You could do this with the camera too, instead of using the red-dot pointer to line up the two halves, just place & rotate the 2nd file so it lines up with capture of the first one, but it’ll likely be off by a 1/4 to 1/2 a mm. On something of this size that probably doesn’t matter though.

You will need to use the ‘Edit Nodes’ tool to break this into 2 parts. Have a look at this for more on how it works.

'B’reak doesn’t move anything, it just makes a duplicate of the node, so the shape isn’t continuous any more. The hotkeys for node editing are here: https://github.com/LightBurnSoftware/Documentation/blob/master/CreatingNewVectors.md#node-editing-tool-

I realize this is slightly off-topic, but is there a way to display the node editing keys during node editing? I have the memory retention of a gnat and often have to find the right video or right Google link to find the keys. Even a pop up mini-help menu that appears when hovering over the tool button would be wonderful. I write them down and then lose the note when I need it again.

There isn’t at the moment, but the next release is adding context-sensitive F1 help, so if you hover the mouse over the Node Edit button, or the edit window while you’re in node editing mode, it’ll launch the documentation at the page for that control, complete with the hot-keys list.

Thanks Rick… I had watched this earlier but didn’t know about the "B"reak function. Now something new to play with!